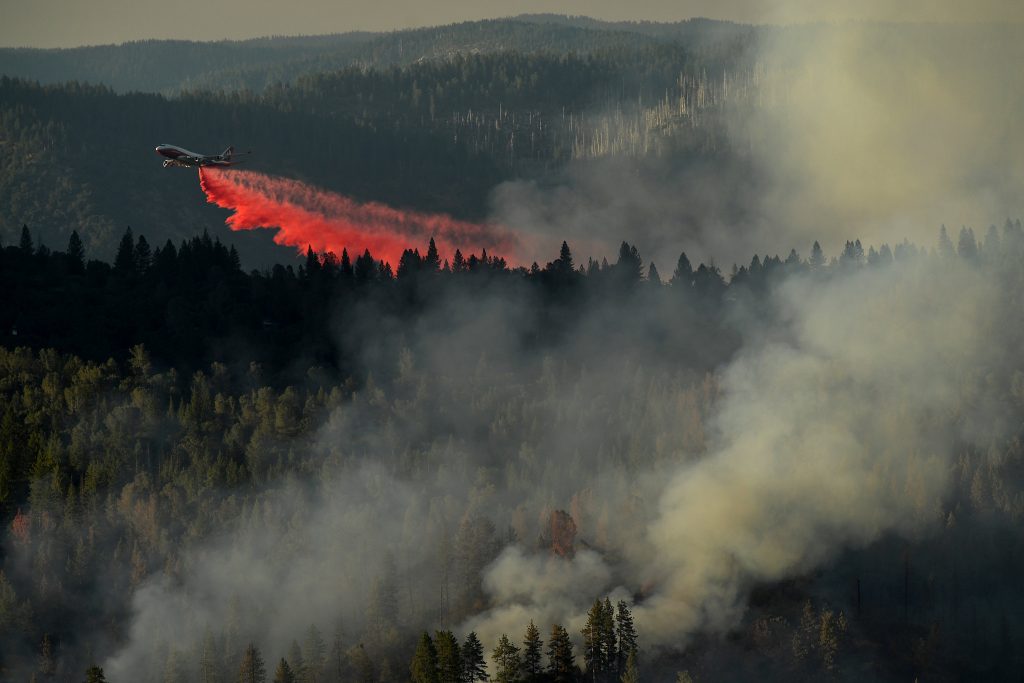 A wildfire on the northern edge of Los Angeles rapidly grew on Saturday into what the mayor called the largest blaze in the city’s history, prompting the evacuation of hundreds of people and the closure of a major highway.

The 5,000-acre La Tuna Fire, named after the canyon area where it erupted on Friday, has led authorities to evacuate more than 700 homes in a north Los Angeles neighborhood and in nearby Burbank and Glendale, officials said.

Authorities warned of erratic winds that could force them to widen the evacuation zone, after the fire destroyed one house in Los Angeles on Saturday.

“Other than that, no loss of any property,” Los Angeles Mayor Eric Garcetti said at a news conference. “That is a pretty amazing thing.”

The fire was only 10 percent contained with more than 500 firefighters battling it.

The blaze in thick brush that has not burned in decades was slowly creeping down a rugged hillside on Saturday toward houses, with temperatures in the area approaching 100 degrees, the Los Angeles Fire Department said in an alert.

“This fire, which broke out yesterday, we can now say is the largest fire in the history of L.A. city, in terms of its acreage,” Garcetti told reporters.

The fire could make air unhealthy to breathe in parts of Los Angeles, the nation’s second-largest city, and nearby suburbs, the South Coast Air Quality Management District said in an advisory.

A video posted online on local media showed the fire burning along the 210 Freeway when it broke out on Friday, with smoke hovering over the roadway as cars passed by flames a few dozen feet away. Officials quickly closed a stretch of the freeway.

More than 400 miles to the north, the so-called Ponderosa Fire has burned 3,880 acres and destroyed 30 homes in Butte County since it broke out on Tuesday. It prompted authorities to issue evacuation orders earlier this week to residents of some 500 homes.

The blaze was 45 percent contained.

California Governor Jerry Brown issued an emergency declaration on Friday to free up additional resources to battle the Ponderosa blaze.

Wildfires in the U.S. West have burned more than 7.1 million acres since the beginning of the year, about 50 percent more than during the same time period in 2016, according to the National Interagency Fire Center.