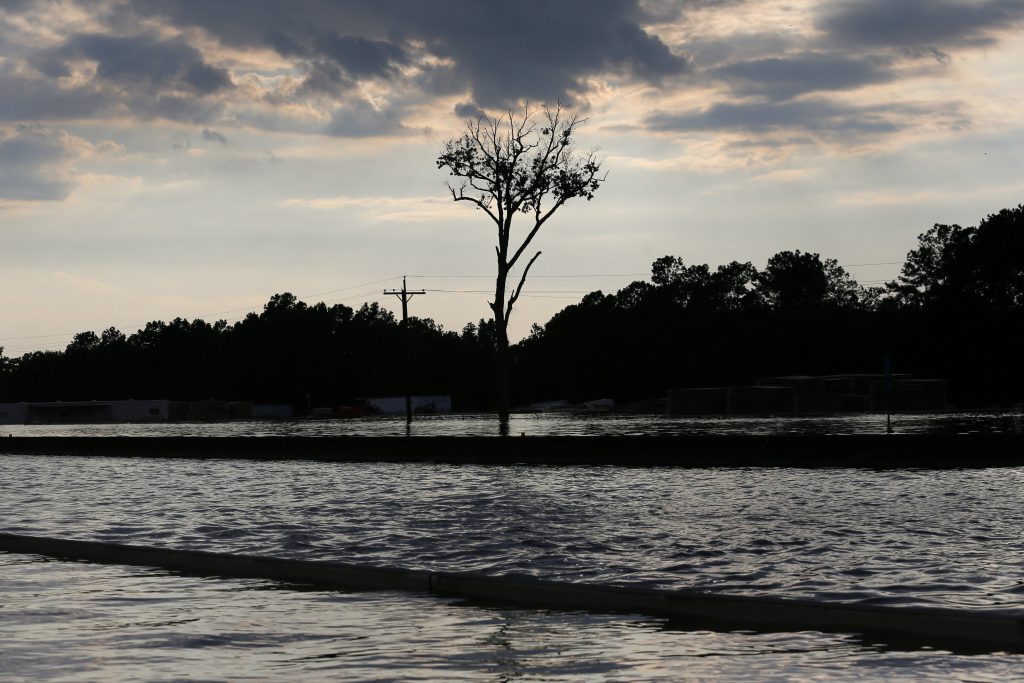 A week after Hurricane Harvey came ashore in Texas, no let-up in rescue efforts was expected on Friday as large pockets of land remained under water after one of the worst and costliest natural disasters to hit the United States.

The storm has displaced over a million people, with 44 feared dead from flooding that paralyzed Houston, swelled river levels to record highs and knocked out the drinking water supply in Beaumont, Texas, a city of about 120,000 people.

Arkema SA and public health officials warned of the risk of more explosions and fires at a chemical plant owned by the firm. On Thursday blasts rocked the facility, located about 25 miles east of Houston, and zoned it off inside a 1.5-mile exclusion zone, after it was engulfed by floodwater.

With the presence of water-borne contaminants a growing concern, the National Weather Service issued flood watches from Arkansas into Ohio on Friday as the remnants of the storm made their way through the U.S. heartland.

The Neches River, which flows into Beaumont and nearby Port Arthur, was forecast for a record crest from Friday well above flood levels. The flooding and loss of drinking water forced the evacuation of a hospital on Thursday.

“Beaumont is basically an island,” Mayor Becky Adams told a news conference on Thursday. The city, situated about 80 miles east of Houston and largely cut off by floods, was only able to receive one major supply of drinking water on Thursday and there were plans to set up water distribution centers on Friday, city official said.

Harvey roared ashore late last Friday as the most powerful hurricane to hit Texas in half a century. It was downgraded to a tropical depression as it headed inland on Thursday, dumping unprecedented quantities of rain and leaving devastation across more than 300 miles in the southeast corner of the state.

Moody’s Analytics estimated the economic cost from Harvey for southeastern Texas at between $51 billion and $75 billion, ranking it among the costliest storms in U.S. history. Much of the damage has been to the Houston, the U.S. energy hub, whose metropolitan area has an economy comparable with Argentina’s.

At least 44 people were dead or feared dead in six counties including and around Houston, officials said. Another 19 remained missing.

Some 779,000 Texans were told to leave their homes and another 980,000 fled voluntarily amid dangers of new flooding from swollen rivers and reservoirs, according to Department of Homeland Security Acting Secretary Elaine Duke. Tens of thousands were in crowded evacuation centers across the region.

As floods began to recede in Houston, firefighters on Thursday began conducting a house-by-house search to rescue stranded survivors and recover bodies as some residents began to return to their homes to assess the damage.

Seventy percent of Harris County, which encompasses Houston and has a population of about 4.6 million people, was covered with 18 inches or more of water, county officials said.

As signs of normal life returned to the city, the nation’s fourth most populous, there were also concerns about health risks from bacteria and pollutants in floodwater. Flooding has shut down some of the nation’s largest oil refineries and hit U.S. energy infrastructure, which is centered along the Gulf Coast. It has sent gasoline prices climbing and disrupted global fuel supplies.

Average U.S. retail fuel prices have surged by more than 10 cents per gallon from a week ago, motorists’ group AAA said on Thursday. In major Texas cities including Dallas, there were long lines at gas stations, prompting state regulators to tell people they were sparking a panic and saying there were ample fuel supplies.

Power outages had decreased from peaks over 300,000 to about 160,000 homes and business in Texas and Louisiana as of Friday morning, data from utilities showed.