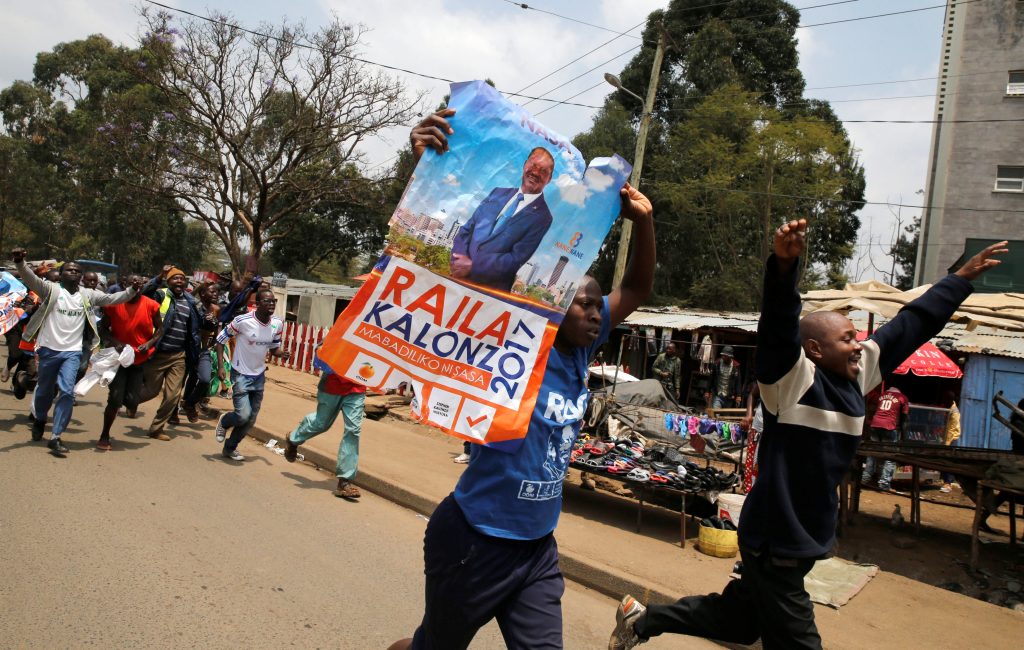 Chief Justice David Maraga said the Aug. 8 election was not conducted in accordance with the constitution. Four of the six justices found that irregularities had tainted the integrity of the vote and supported opposition leader Raila Odinga’s petition for nullification. The court ordered a new vote be held within 60 days.

The Independent Electoral and Boundaries Commission declared Kenyatta the winner last month by a margin of more than 1.4 million votes, with around 19 million eligible voters.

Friday’s ruling reverberated across Africa, demonstrating the independence of the judiciary in the East African nation.

Odinga, who has claimed irregularities in three successive elections, called the decision a historic day for Kenya and Africa.

“For the first time in the history of African democratization, a ruling has been made by a court nullifying irregular election of a president. This is a precedent-setting ruling,” Odinga said.

He also called for the prosecution of electoral officials, whom he did not trust to conduct a new election.

Ahmednassir Abdulahi, a backer of Kenyatta, called the ruling a “very political decision.”

The ruling caps weeks of turmoil. Just days before the Aug. 8 vote, key election official Chris Msando was killed. Also, a group of foreign advisers hired to help Odinga’s party ensure a fair and transparent count were arrested and deported.

After the vote, at least 24 Odinga supporters were shot dead, according to Kenyan human-rights groups, when police used live ammunition to quell unrest in opposition strongholds.

Odinga claimed after the election that the electoral commission computer servers had been hacked. The commission initially denied any hacking attempt, but later conceded there had been an effort, which it claimed had failed.

Friday’s ruling is the first time a Kenyan court has nullified an election result. Odinga took unsuccessful court action after 2013 elections that he claimed were rigged. He also disputed the 2007 election result, leading to ethnic battles across the country that left about 1,500 people dead and have haunted the country since.

Many Kenyan voters cast their ballots along ethnic lines, supporting those who they believe will help their own group. Kenyatta’s Cabinet and top civil-service positions have been filled mainly with members of his Kikuyu group and the Kalenjin group of his deputy president, William Ruto.

Members of Odinga’s Luo group and other ethnic groups feel excluded from power. Those resentments have lingered since Kenyan independence in 1964, when Kenyatta’s father, Jomo Kenyatta, became the nation’s first president.

Odinga argued in his court petition that there were anomalies in the count affecting more than 5 million votes. His argument hinged on two sets of electoral forms on which votes were tallied. Some forms lacked serial numbers or water marks or were not signed by election agents or lacked the electoral commission stamp.

A lawyer for the electoral commission, Paul Muite, had argued in a submission to the court that the irregularities were not enough to overturn the result.