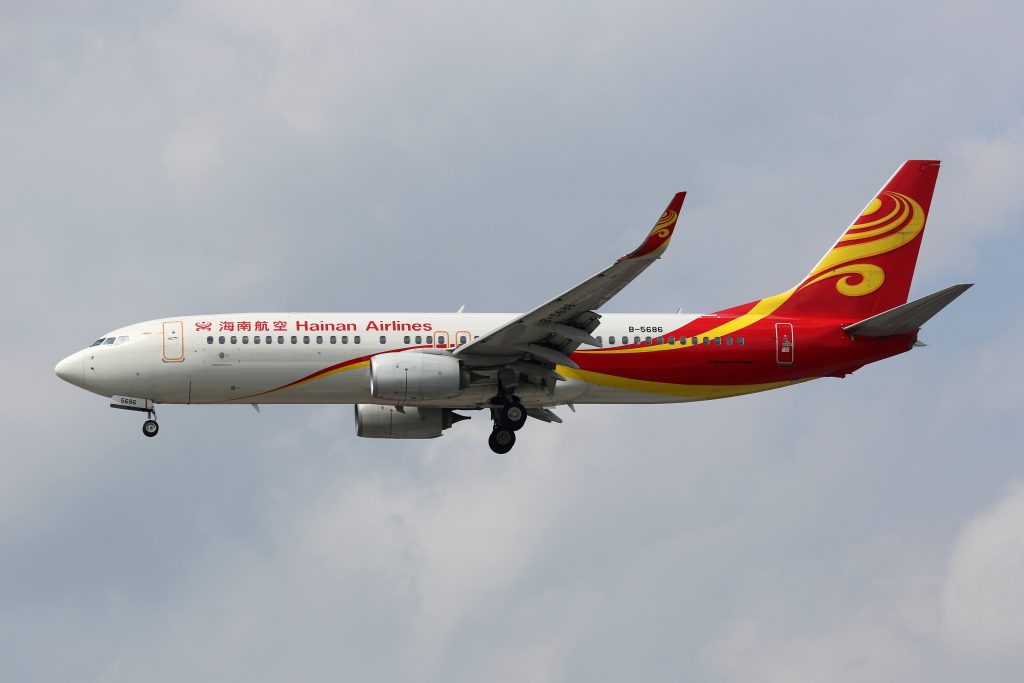 Beginning in September, Hainan Airlines will beginning flying three times a week between Tel Aviv and Shanghai – the first direct flight between Israel and the economic capital of China. After an agreement on the flights was signed this week between the Tourism Ministry and Hainan, tickets are now being sold for the flights, which begin September 12, the airline said.

Nonstop flights will take place Sundays, Tuesdays, and Thursdays, with flights conducted on a fleet of Boeing 787 Dreamliners. Flights in economy class start at $669, and business class tickets will go for $2,749.

Increased business between Israel and China, as well as an interest among tourists from both countries in visiting the other, guarantee the success of the route, said Tourism Minister Yariv Levin. The Tourism Ministry believes that an increase in seat capacity between Israel and China will lead to a significant increase in the number of tourists from China, that today stands at about 40,000 a year. At the same time, the Tourism Ministry has been investing significantly in preparing the relevant tourism infrastructure for Chinese tourists who have specific requirements.

Among other issues, the Ministry identified a lack of Chinese-speaking tour guides and worked to open a course for tour guides in Chinese. The Ministry also worked in cooperation with the relevant authorities to shorten by two-thirds the length of time it takes to issue a visa for Israel for Chinese tourists.

The Ministry is also operating courses, given by Chinese chefs, to teach Chinese cuisine to their Israeli counterparts in order to ensure that the Chinese tourist can enjoy the cuisine with which they are familiar, the Ministry said.

Hainan Airlines is the largest privately owned Chinese airline and the fourth largest in China, after the government-owned China Eastern Airlines, Air China and China Southern Airlines. Hainan Airlines has 137 planes and operates about 600 domestic and international routes linking 90 cities. In 2015 the airline initiated direct flights between Israel and Beijing.