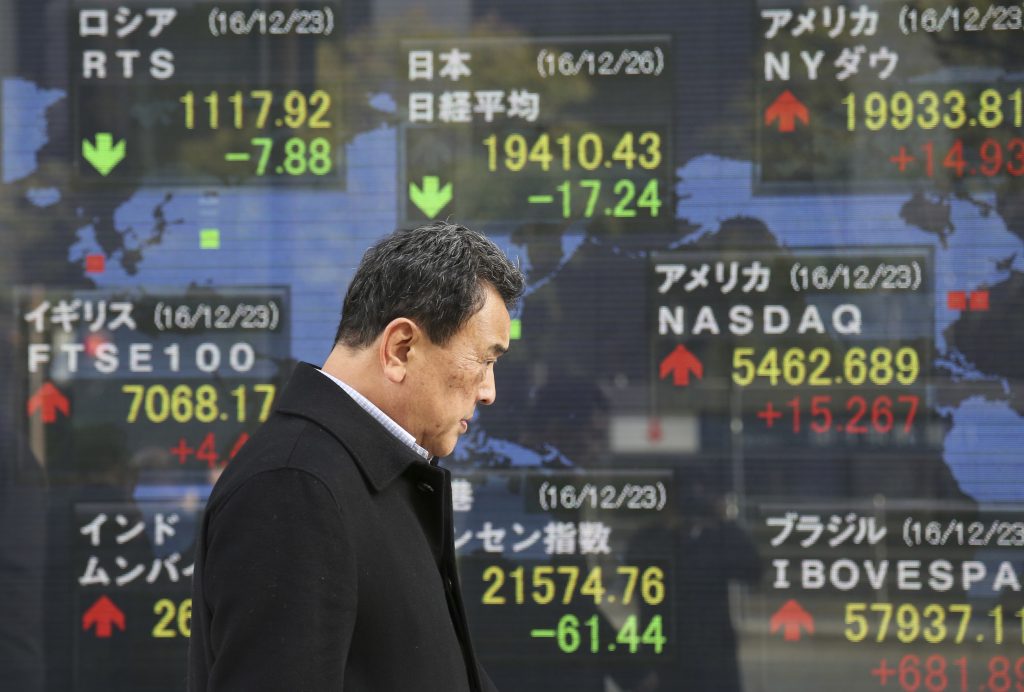 Asian equities followed Wall Street’s gains overnight and edged higher on Friday while the dollar’s advance slowed ahead of the U.S. jobs report due later in the session.

The nonfarm payrolls report is the last before the U.S. Federal Reserve’s next policy meeting and may influence the timing of the Fed’s rate hike.

U.S. consumer spending rose slightly less than expected in July and annual inflation advanced at its slowest pace in more than one and a half years, diminishing expectations of an interest rate increase in December.

The dollar’s recent advance slowed as rate hike expectations were dented. The greenback was up 0.05 percent at 110.030 yen having gone as high as 110.675 overnight, its strongest in two weeks.

The financial markets looked to the U.S. jobs report due at 1230 GMT for further clues on the state of the world’s largest economy.

“The wages component of the jobs report will be key. If earnings are to have picked up along with employment, we will see a straightforward reaction with U.S. stocks and yields rising and the dollar being bought,” said Junichi Ishikawa, senior FX strategist at IG Securities in Tokyo.

The dollar index against a basket of six major currencies was steady at 92.716.

The index slipped about 0.2 percent on Thursday and was poised to end 0.1 percent lower on the week in which it hit a two and a half-year low of 91.621 on geopolitical tensions before bouncing back.

In commodities, crude futures fell, partly reversing sharp gains from the previous session, amid ongoing turmoil in the oil industry with nearly a quarter of U.S. refining capacity offline.

Hurricane Harvey, which brought record flooding to Texas, has shut down at least 4.4 million barrels per day of refining capacity, according to company reports and Reuters estimates.

“It looks like everyone thinks that the hurricane will affect refining more than production,” said Tony Nunan, oil risk manager at Mitsubishi Corp.

“Production will come back faster than refining so it is just going to exacerbate the situation where there’s too much oil.”

U.S. crude futures was down 0.7 percent at $46.92 per barrel. The futures had surged 2.8 percent on Thursday following a steep drop the previous day, during a week in which the hurricane roiled the oil market.

Gold was near a nine and a half-month high, supported as the dollar came off its recent highs and by lingering concerns over tensions in the Korean Peninsula.

Spot gold was slightly lower at $1,319.19 an ounce after rallying 1 percent overnight. The precious metal was on track to gain 2.4 percent this week, during which it touched $1,325.93 an ounce on Tuesday, its highest since early November.

Other precious metals also enjoyed a strong week. Platinum hit its highest since March at $1,006.30 an ounce on Tuesday and last traded at $991.75. Silver hovered just below a two and a half-month high of $17.67 set on Tuesday.