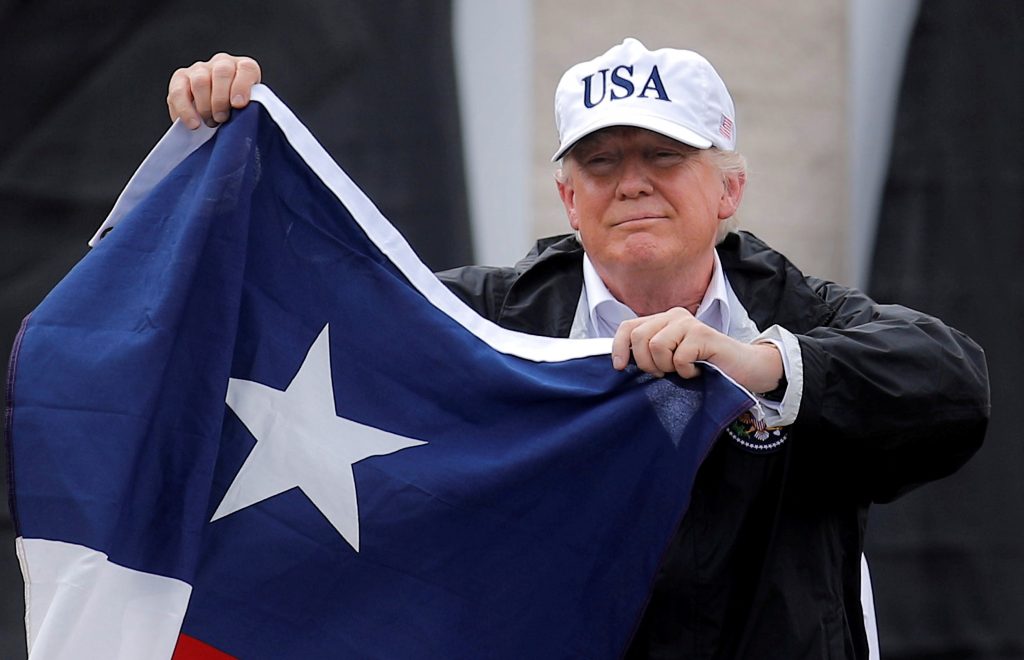 White House Press Secretary Sarah Huckabee Sanders made the announcement at a briefing Thursday. She said Trump is calling on reporters to help decide which specific organization he should give to.

But Trump could also take a cue from his own re-election campaign. Earlier this week, his 2020 political committee blasted out emails and texts to more than 10 million supporters encouraging people to donate to Harvey efforts. The messages provided links to several specific charities: the Red Cross, Salvation Army, United Way and local animal rescue operations.

Mr. Trump used a similar “reporters decide” gimmick at the beginning of his administration, that time with his presidential salary, which he is declining to accept. Then-press secretary Sean Spicer told reporters at a March briefing that Trump “has kindly asked you all determine where that goes.”

A few weeks later, the White House announced that Trump had decided to give his first three months of salary to the Interior Department; his second three months’ worth went to the Education Department.

Trump has been criticized in the past for giving far less of his income to charitable causes than many other multi-billionaires. And he hasn’t followed through on previous charity pledges.

In one high-profile example last year, he failed to give a promised $1 million of his own money — plus another $5 million he said he’d raised — to veterans’ organizations until reporters asked questions months later about who had received the charity.

Harvey’s flood waters have heavily damaged tens of thousands of homes across Texas and killed at least 30 people. The storm is now threatening the region near the Texas-Louisiana state line.