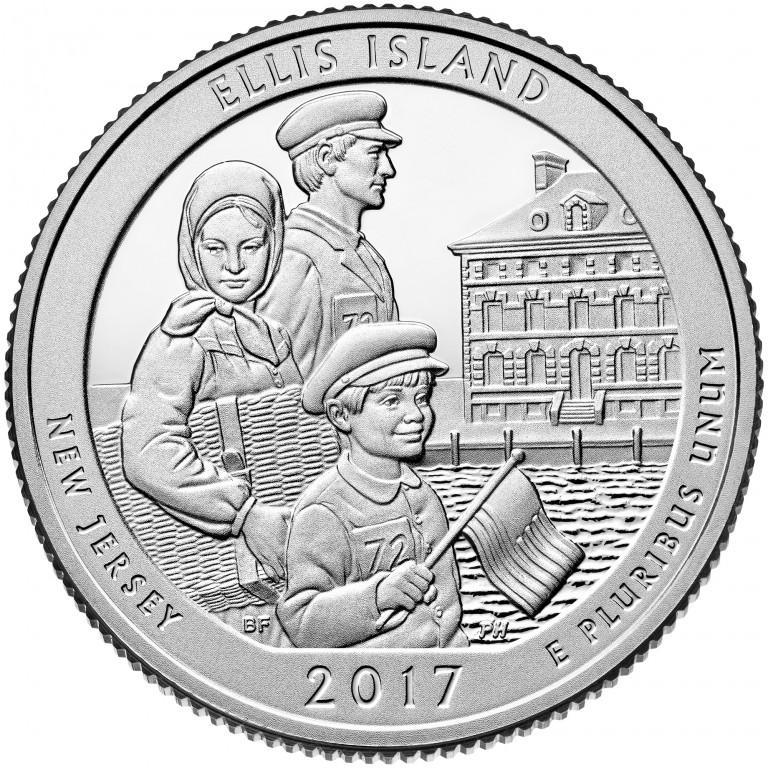 The U.S. Mint has introduced a quarter as part of its “America the Beautiful” program that features the New Jersey side of Ellis Island.

The “Island of Hope” coin made its debut Wednesday on the island, where millions of immigrants arrived in the United States. The quarter depicts an immigrant family, with the island’s hospital in the background. The hospital is on the New Jersey side of the island, which the state shares with New York.

It is the 39th coin in the series of quarters which represent 56 national parks and sites.

Mint senior adviser Todd Baldau says people who see the new quarter will want to learn more about the role New Jersey played in the growth of our country.