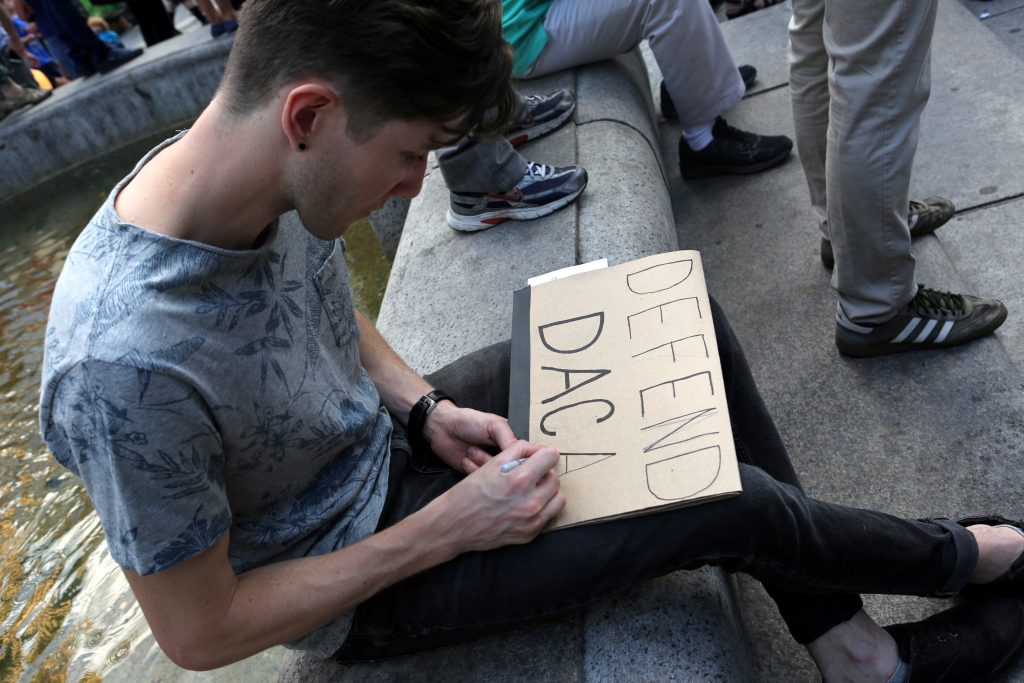 President Donald Trump is expected to rescind an Obama-era policy that protects nearly 600,000 immigrants who entered the country illegally as children, but plans to let them stay until their work permits expire, a senior administration official said on Thursday.

Trump’s decision could be announced as early as Friday but could also come next week, the official said. But White House homeland security adviser Tom Bossert told reporters on Thursday that the Trump administration is still reviewing the program. Press secretary Sarah Huckabee Sanders also rebuffed reports that a decision had been made.

Trump had pledged on the election campaign trail to scrap all of former President Barack Obama’s executive orders on immigration, including the Deferred Action for Childhood Arrivals, or “Dreamers,” program.

What to do about the so-called Dreamers has been actively debated within the White House and Trump administration. One senior administration official described the situation as a “tug of war” between factions in favor of the move and those opposed. Officials, believing the DACA program to be ultimately unconstitutional, want Congress to impose a legislative fix for the Dreamers, two officials said.

U.S. Representative Steny Hoyer of Maryland, the No. 2 Democrat in the House of Representatives, released a statement expressing concern about reports that Trump may terminate the program, saying this would be “devastating” to many Dreamers.

“In the absence of Congress enacting bipartisan immigration reform, which must remain our goal, the President ought to continue providing peace of mind to DREAMers that they need not live in fear of being sent away from the only home many of them have ever known,” Hoyer said.