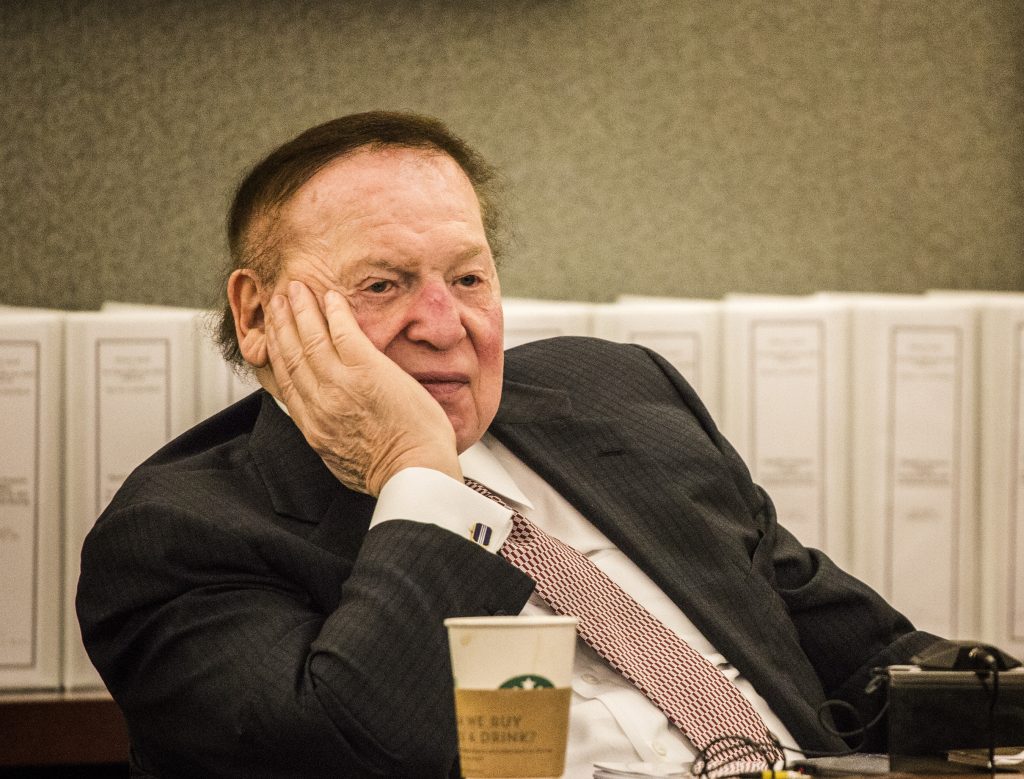 A court-ordered disclosure of logs of phone conversations between Israeli Prime Minister Binyamin Netanyahu and Yisrael Hayom owner Sheldon Adelson show that they spoke frequently in recent years, though the contents of their conversations were not made known.

Records of their phone contacts, as well as those the prime minister conducted with the paper’s former editor-in-chief Amos Regev, were requested under the Freedom of Information law in connection with allegations that Netanyahu sought improper influence on its coverage of his government. He has consistently denied any wrongdoing.

In an online post on Thursday, the prime minister revealed that in 2012-2015, he spoke to Adelson an average of 0.75 times a week, or 117 phone calls with Adelson during that period. Netanyahu said he spoke to Regev 1.5 times a week on average, over 230 calls during those three years.

Netanyahu discounted the significance of the contacts, saying it was nothing out of the ordinary.

“I will tell you something that everyone knows: All the politicians in Israel speak to publishers, editors-in-chief and journalists,” wrote Netanyahu. “Between politicians and the media there is a constant and ongoing dialogue — this is what is accepted in democracies.”

“I am opposed in principle to revealing the conversations that take place between politicians and journalists,” he continued. “In my opinion, this intervention in the complicated ties between the media and politics does not serve democracy, rather the opposite.”

He acknowledged that Adelson, who is known to be an important backer of Netanyahu, is a “very close friend for 30 years.”

Meanwhile, a discordant note was heard from a prominent member of Netanyahu’s Likud party, who said he will have no part in shows of loyalty to Netanyahu as he fights multiple investigations of alleged wrongdoing in the government.

MK Benny Begin told Army Radio on Thursday: “I recently heard that among the Likud values, ​​there is a new value called ‘loyalty to the leader.’ I hear this from the Likud leadership. I was not aware of such a value… I think it is a very grave development, and utterly ridiculous nonsense.”

Begin made the comment in response to a query about why he hadn’t been seen at two recent Likud rallies to show support for Netanyahu, the second of which was held Wednesday night.

The rallies were organized after Netanyahu complained that ministers in his party were conspicuously avoiding speaking in defense of their leader.