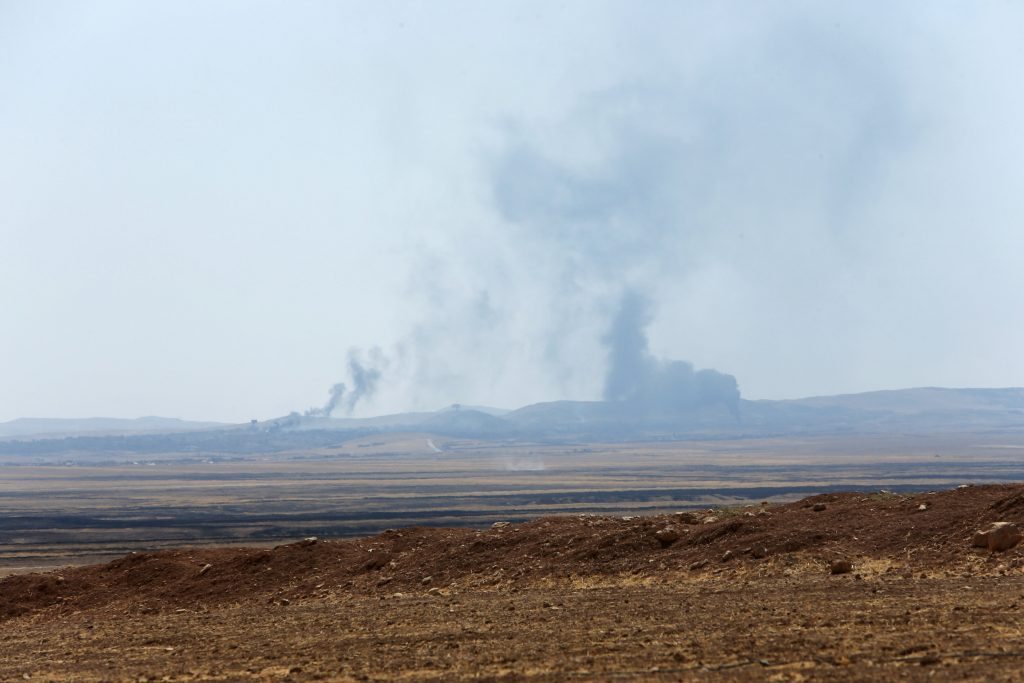 “Tal Afar has been liberated,” Abadi said in a statement. “We say to the Islamic State fighters: wherever you are, we are coming for you and you have no choice but to surrender or die.”

“We have to finish the battle before Eid, whatever it takes,” said Army Lieut. Col. Adnan al-Saidi Wednesday. “We are coming under tremendous pressure from top commanders.” The Muslim holiday of Eid al-Adha begins on Thursday evening.

“We will take back al-Ayadiya even if we have to level all houses and buildings used by Daesh,” Saidi said, using the Arabic acronym for IS.

The fighting in al-Ayadiya has been described by some Iraqi troops as “multiple times worse” than the battle for Mosul, the former de facto IS capital in northern Iraq. The city was flattened in nine months of grinding urban warfare before it was recaptured in July.

Tal Afar had a prewar population of more than 200,000. Several thousand are believed to have fled in the weeks before the battle started. According to the United Nations, more than 30,000 had fled since April.

Tal Afar became the next target of the U.S.-backed war on Islamic State following the recapture of Mosul, the city where the group had declared its “caliphate” over parts of Iraq and Syria in 2014.