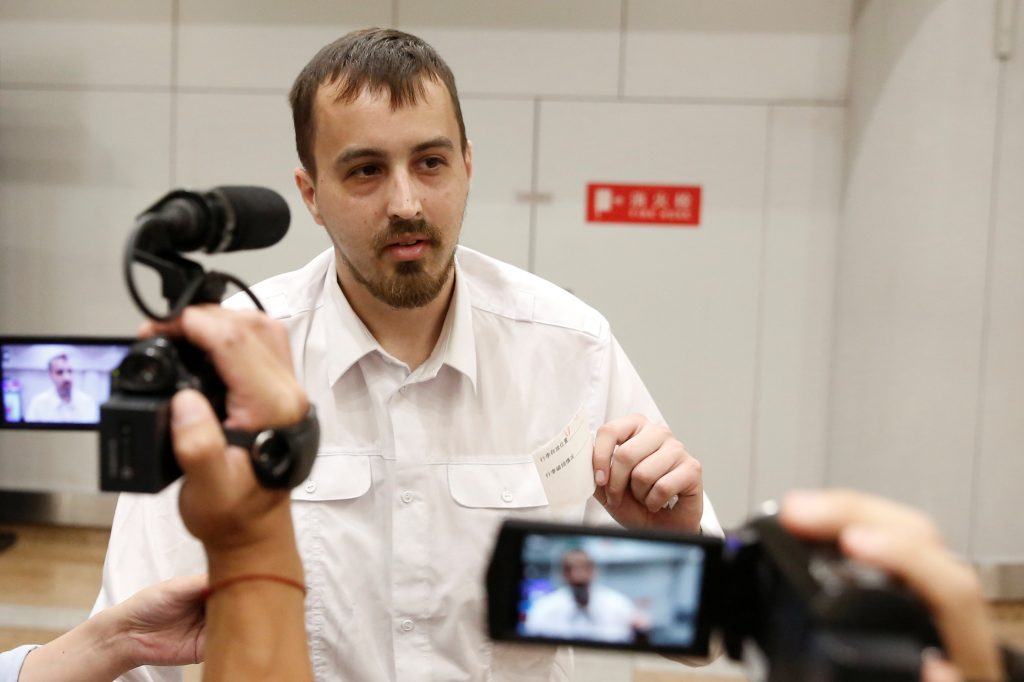 A handful of Americans left Pyongyang on Thursday on a flight to Beijing, a day before the start of a U.S. ban on American citizens going to North Korea.

Among those on the flight from the North Korean capital were aid workers who hoped to be allowed to return to continue humanitarian work.

The Trump administration announced in July that it was barring American citizens from traveling to North Korea from Sept. 1 over concerns about detentions of Americans who travel there. Earlier this year, U.S. citizen Otto Warmbier was sent home in a coma and later died after spending more than a year in North Korean detention.

Overall, though nearly all Americans who have gone to North Korea have left without incident, at least 16 have been detained in the last decade, American officials say.

The ban also goes into effect amid heightened U.S. concern about Pyongyang’s recent advancements in its nuclear weapons and ballistic missile programs.

The ban includes potential exceptions for journalists and humanitarian workers, and expires after one year unless extended.

Heidi Linton, director of the U.S.-based charity Christian Friends of Korea, said she wasn’t sure how long it could take for travel approval to come through. The organization, which fights tuberculosis and hepatitis, has been working in North Korea for more than 20 years.

“These trips take a long time to plan and organize, and so, if travel approval doesn’t come in a timely way, it’s a de facto denial,”  she said, after landing in Beijing

Linton said the organization appreciated the U.S. government’s concern for its people, but said there was a “tremendous need” for humanitarian work in North Korea.

“I think it’s very important that there be opportunities for people to understand one another in person,” Linton said.

Another Air Koryo flight from Pyongyang is due to land in Shanghai on Thursday evening.