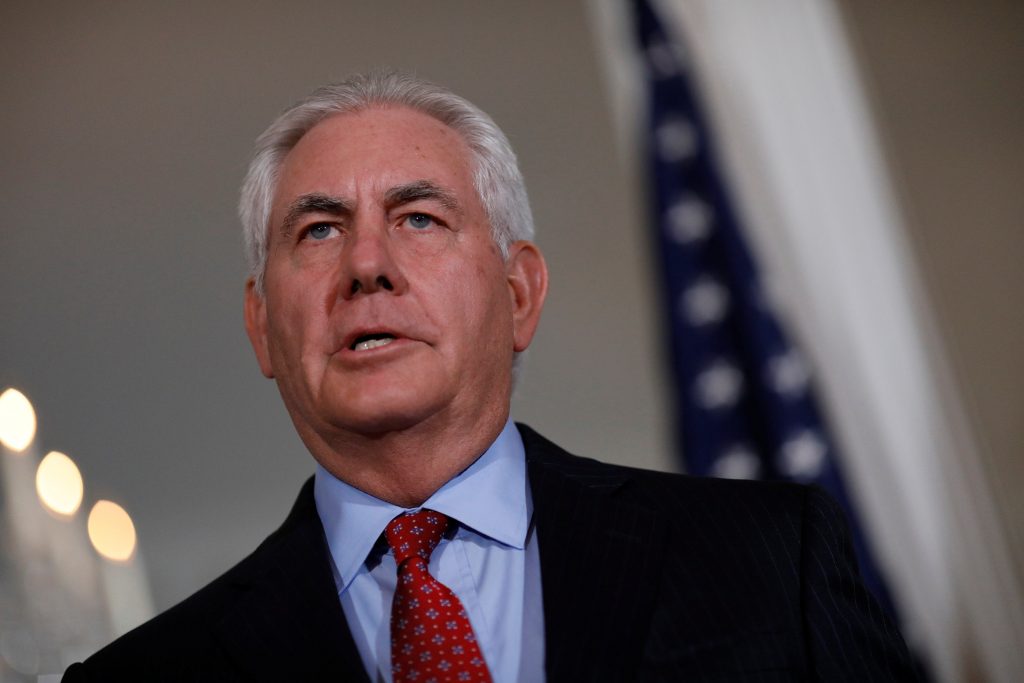 Secretary of State Rex Tillerson outlined a major reorganization of the State Department, eliminating a raft of special envoy posts established to reach out to Muslim communities, support anti-government fighters in Syria, and curb the environmental devastation wrought by global warming. In a letter to Bob Corker, the Chairman of the Senate Committee on Foreign Relations, Tillerson cited concern about the proliferation of 70 special envoys positions in recent decades, including positions set up years ago to promote peace in Ireland and restore diplomatic relations with Burma.

“I believe the department will be able to better execute its mission by integrating certain envoys and special representative office within the regional and functional bureaus, and eliminating those that have accomplished or outlived their original purpose,” Tillerson wrote in the letter, which was obtained by Foreign Policy. “I have determined that the changes proposed will advance U.S. national security interests, and will help counter the influence of U.S. adversaries and competitors.

The changes reflected the changing priorities of an administration that has sought to sharply reducing funding and resources for American diplomacy while channelling a greater share of American taxpayer money into the military. In total, 36 of the 66 current envoys or special representatives will be eliminated or folded back into other bureaus within the State Department.

For instance, the plan calls for eliminating special advisors that champion rights for the disabled, promote peace in Africa, and seek the closure of the Guantanamo Bay Detention Facility. The U.S. Special Representative to Muslim Communities and the U.S. Special Envoy to the Organization of the Islamic Cooperation, which includes the world’s Islamic states, will also be eliminated.

The administration also plans to retain envoys on religious freedom, war crimes, American hostages, and anti-Semitism — all issues critics have accused Trump of undermining. However, those positions will be integrated into larger bureaus in the department. One special envoy post from the Office of Global Food Security will be transferred to the U.S. Agency for International Development.