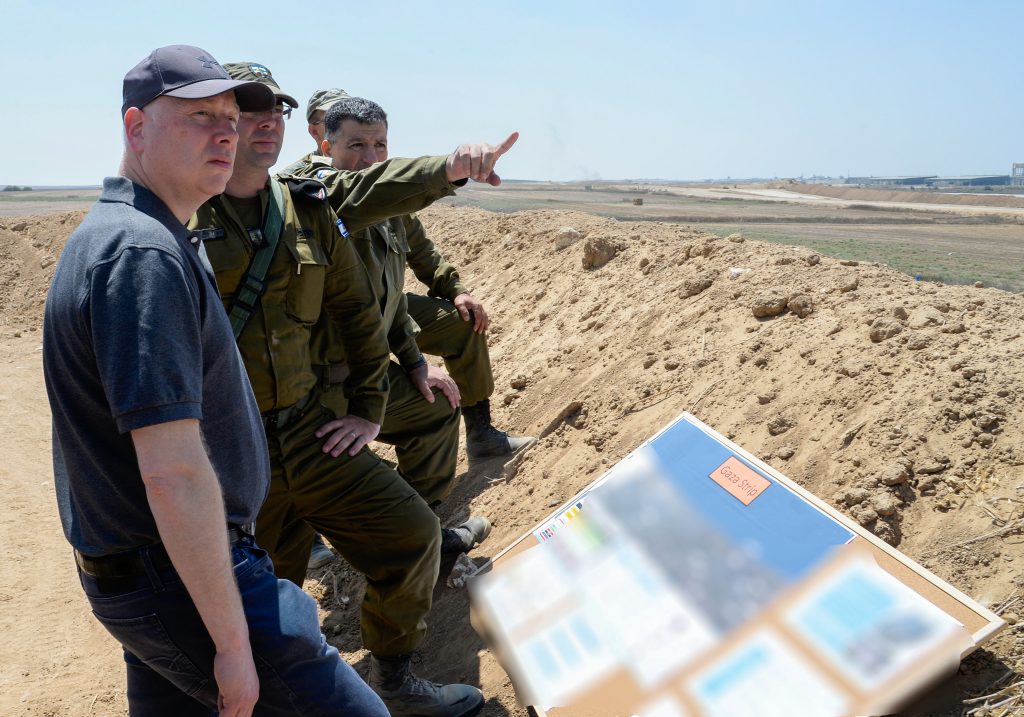 “I call upon Hamas to return the Israeli soldiers, Hadar Goldin, Hy”d, and Oron Shaul, Hy”d, who were taken by them and release the Israeli citizens they hold – Avera Mengistu, Hisham al-Sayed, and d Jumaa Abu Ghanima,” said Greenblatt on a tour of communities near the Gaza border.

The Coordinator of Government Activities in the Territories Maj-Gen Yoav Mordechai went further, warning that Israeli cooperation in the delivery of promised economic assistance will not be forthcoming unless Hamas returns the hostages.

In recent days, the U.S. reportedly offered economic incentives to both sides if they will agree to renew the peace process.

“The mission of returning the missing IDF soldiers has yet to be completed and we will not enable significant development in the Strip without a solution,” Mordechai said, according to Arutz Sheva.

“Today I visited the Gaza border region and learned a great deal about the difficult challenges facing the IDF, Israelis living in surrounding areas and the Palestinians living in Gaza as a result of Hamas’s mismanagement of humanitarian aid and its commitment to terrorist violence,” Greenblatt said.

“It is clear that the Palestinian Authority needs to resume its role in the administration of Gaza as Hamas has substantially harmed the people of Gaza and has failed to meet their most basic needs,” he added.

Mordechai pointed out that “one kilometer of tunnels costs $200,000. This means that instead of a tunnel, hospitals can be built in the Gaza Strip. But Hamas’ priorities are first and foremost with their military wing and with terrorism.”

“These are the stories of Israel the world needs to hear, and stories like this show how peace in the region can be possible,” Greenblatt said after visiting the hospital, which has provided urgent care for hundreds of Syrians wounded in the civil war.

According to a U.S. Embassy statement, some 3,500 Syrian wounded have been treated in Israeli hospitals, including more than 1,000 at Ziv.