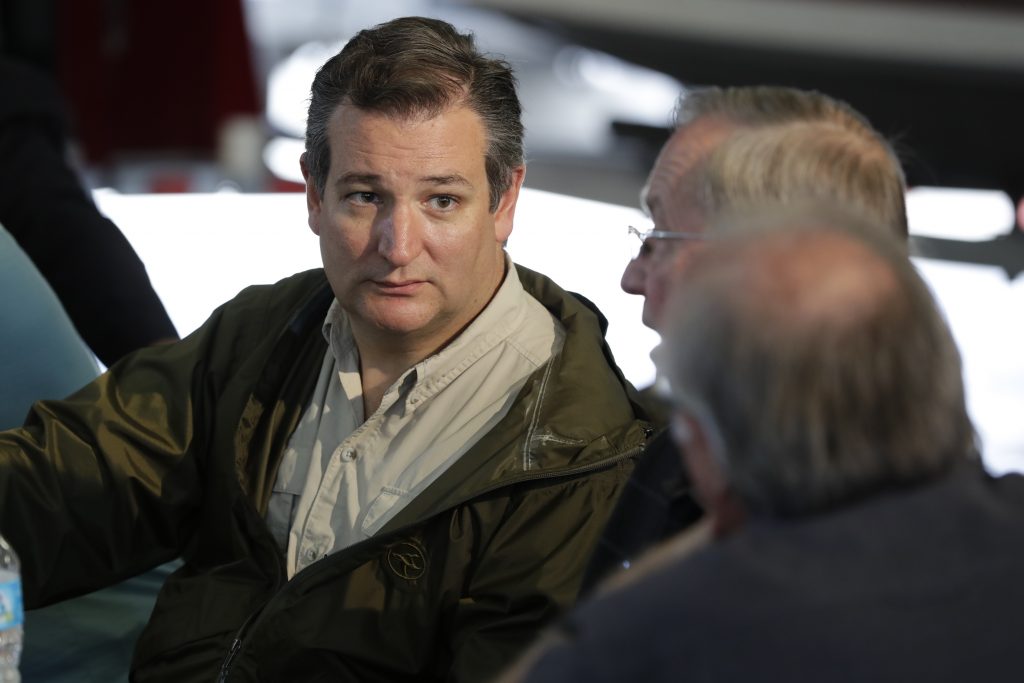 In the wake of disasters, national or otherwise, partisan politics often takes a back seat to regional politics. And that appears to be exactly what’s happening in the escalating feud of: Is Ted Cruz (and by proxy, most of the Texas Republican congressional delegation) a hypocrite for voting against aide for 2012 Hurricane Sandy now that they’ll need billions of dollars to clean up from Hurricane Harvey?

Tuesday into Wednesday, New Jersey Gov. Chris Christie, R, was on pretty much every major cable news channel blasting Cruz for having to be in the unenviable position to lobby Congress for the very thing he voted against giving to residents of New York and New Jersey several years ago.

“He just made it up. Ted’s particularly good at that.”

“He’s not telling the truth standing in a recovery center where people are suffering. And it’s not right,” Christie went on.

And before the worst of Harvey’s flooding had even been realized, Rep. Peter King ((R-N.Y.), who represents the Long Island area whacked hard by Hurricane Sandy in 2012, poked at Cruz for his 2013 vote against an aide bill for King’s district.

Cruz has put himself in the position of making factually incorrect statements to justify why he voted against Sandy funding. It was full of unrelated spending! Cruz said in a Monday interview with NBC’s Katy Tur.

“The problem with that particular bill is it became a $50 billion bill that was filled with unrelated pork. Two-thirds of that bill had nothing to do with Sandy,” he said.

Uh, no, said Washington Post fact-checker Glenn Kessler, who walked through the bill line item by line item. “It is wildly incorrect to claim that the bill was ‘filled with unrelated pork.’ The bill was largely aimed at dealing with Sandy, along with relatively minor items to address other or future disasters.”

Cruz and his defiance is taking most of the heat right now, but he isn’t the only Republican to vote against a hurricane aide bill. Sen. John Cornyn (R-Texas), Senate Republicans’ No. 2, also ultimately voted against it. So did most of Texas’s House delegation. Cornyn’s spokesman argued it was because of “pork spending” such as money to fix fisheries on the West Coast.

(Fact-checker Kessler said that was money for other disaster declarations made in 2012, the same year Sandy hit the East Coast.)

What this back-and-forth underscores is an inconvenient fact of life, and politics: It’s much easier to hold your principles in theory than in reality.

For Cruz – and most of the Texas Republican delegation that voted against Hurricane Sandy aide – Sandy’s wreckage some 1,700 miles away was theoretical enough to take a fiscally conservative ideological stand on. Cruz said on NBC he supports the federal government’s role providing hurricane and disaster relief. But the votes by his branch of fiscally conservative Republicans suggest something different: That Congress shouldn’t be in the practice of signing checks for $50 billion in taxpayer dollars, period.

This tug-and-poll for Republicans is as old as modern-day disasters. In the years after 9/11, Republicans took heat from conservative media for blocking an aid package for first responders.

And in the debate of Katrina relief, then-congressman Mike Pence (R-Ind.) went to the House floor to declare: “Congress must ensure that a catastrophe of nature does not become a catastrophe of debt.”

Hurricane Harvey’s catastrophic flooding is, unfortunately, very, very real for many of the same Republicans who were able to keep previous disasters at a safe distance. Cruz & Co. can’t guarantee an aid package for South Texas won’t have unrelated line items in it. But this time, they’ll likely be the ones leading the charge to get it passed, no matter what.

And East Coast Republicans who were on the receiving end of Republicans’ fiscal conservatism four years ago can’t help but point out the irony.