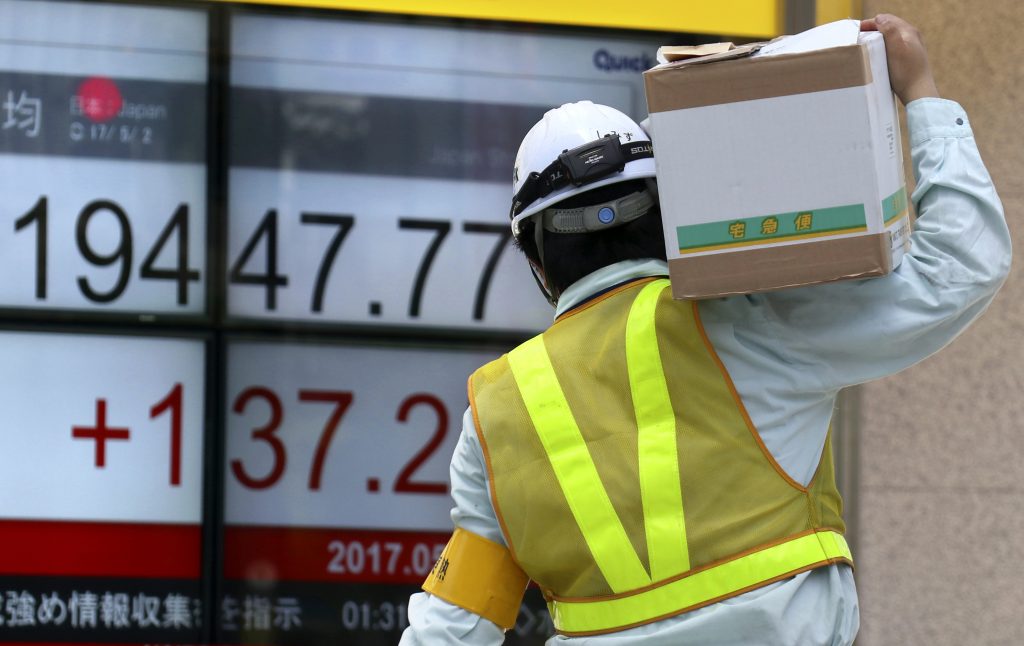 The dollar rebounded from a 2-½-year low on Wednesday, and Asian stocks took their cue from Wall Street’s stronger close, as concerns about North Korea’s firing of a missile over Japan ebbed.

The dollar index, which tracks the greenback against a basket of six major peers, edged up 0.1 percent to 92.332.

The dollar rose 0.1 percent to 109.79 yen. On Tuesday, after slumping to a 4-½-month low versus the safe haven currency, the greenback closed up 0.5 percent.

The yen tends to benefit during times of geo-political or financial stress because Japan is the world’s biggest creditor nation and there is an assumption that Japanese investors will repatriate funds in a crisis.

“Calmer heads have prevailed once again in financial markets, with traders seemingly happy to cover short positions and add a touch of risk into their portfolio,” said Chris Weston, chief market strategist at IG in Melbourne.

The United Nations, in a statement drafted by the United States, condemned North Korea’s latest missile launch but held back any threat of new sanctions against Pyongyang.

Markets appeared to have dismissed North Korea’s statement on Wednesday that the test was a first step in military action in the Pacific to “contain” the U.S. territory of Guam.

North Korean media reports on the launch lacked their usual claims of technical advances, indicating the test may not have succeeded as planned.

Currency traders are now looking to U.S. non-farm payrolls data for August, due on Friday, following data that showed U.S. consumer confidence surged to a five-month high in August as the labor market improved and house prices rose.

“The market tone markedly improved as traders adopted a ‘this too shall pass’ attitude,” said Stephen Innes, head of Asia Pacific trading at OANDA in Singapore.

“A boisterous U.S. consumer confidence number, coupled with a much tamer response than anticipated from President Trump, may explain part of the reversal.”

However, household spending unexpectedly fell in July, injecting some caution into the debate about whether domestic demand can continue to drive growth.

In commodities, gasoline hit a two-year high after Hurricane Harvey shut down nearly a fifth of U.S refining capacity, and more closures are expected.

The rise in crude inventories as a result of refinery shutdowns, however, weighed on oil prices.

Spot gold inched up 0.2 percent to $1,311.77 an ounce on Wednesday. On Tuesday, the precious metal jumped to its highest since Trump was elected U.S. president, before closing flat.