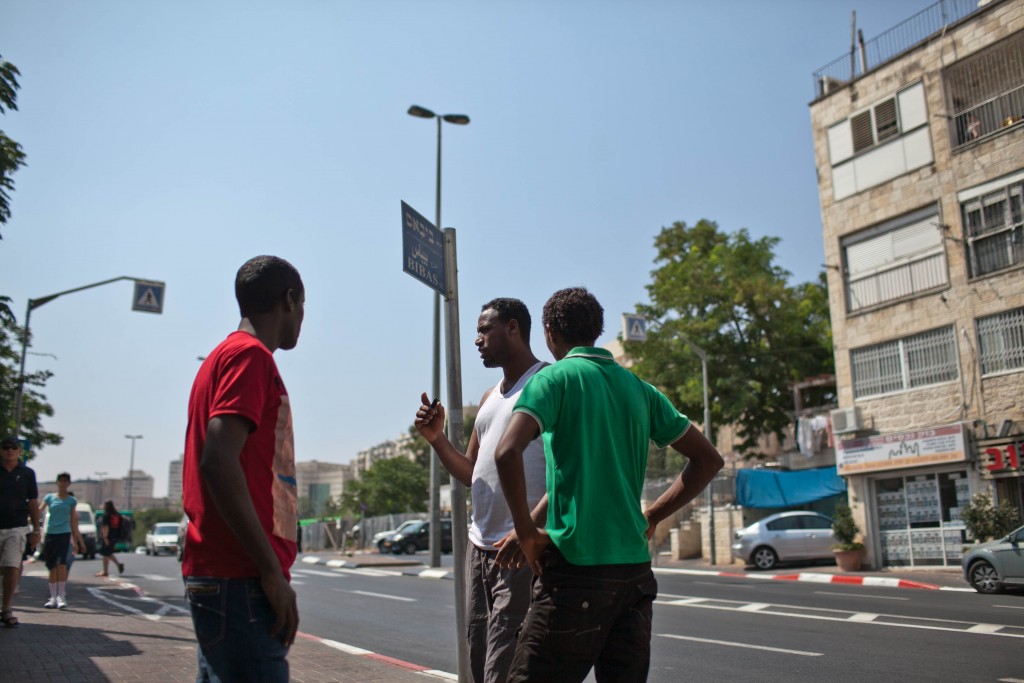 Residents of south Tel Aviv demonstrated again Monday night, after the High Court ruled that the state could deport illegal African migrant workers to an African country other than the one they emigrated from – but could not force any migrant to leave. Residents said that the court had essentially given the migrants a “free ticket” to remain in Israel, since the standard of living here and the job opportunities they could take advantage of are greater than in any African country that would be willing to accept them.

Shefi Paz, a longtime activist against what she called the “takeover” of south Tel Aviv by migrants, said that “it’s like we are under foreign occupation. We have been fighting for ten years for our survival. The state tries to pass laws to deal with this issue and the High Court strikes them down, or twists them to the extent that they are useless.

“Israel has an agreement with African countries and the court has even approved that arrangement. On the one hand it tells us that we can deport these people, but then makes it impossible to do so. If the court does not let the state sanction those who refuse to leave, there is nothing more that can be done.”

Under the court ruling, the state can recruit migrants to be voluntarily deported, presumably by paying them off. In addition, the court ruled that the state could keep migrants in the Saharonim camp in southern Israel, where police have been sending the migrants, for no more than 60 days.

Most of the illegal migrants to Israel are from South Sudan and Eritrea and most have claimed the status of political refugees. Under international law, Israel cannot deport political refugees back to their own country, but they do need to be certified as refugees by Israeli authorities. The government contends that most of the migrants are here to work, not for political asylum, but with a backlog of years in cases to decide whether claims of political asylum are accurate, the illegals effectively are able to stay and work in Israel without a decision being made on their status.

Last year, the government worked out an arrangement with an unnamed African country to accept Eritean and South Sudanese migrants from Israel. That country promised to accept the migrants and examine their claims of refugee status and provide them with employment. The deal was challenged by groups advocating on behalf of the migrants. Many of the migrants have settled in south Tel Aviv, where Israelis say they have taken over the streets and institutions – imposing a reign of fear on residents and bringing crime and disease into the neighborhood.

Commenting on the ruling, Prime Minister Binyamin Netanyahu said that the state has dealt with the migrant issue from three perspectives: By building a fence to keep migrants from infiltrating Israel via Sinai, the agreement with an African country to accept the migrants, and enforcement of laws to detain and deport migrants. “We will have to examine the legislation and rework it in order to allow us to activate our policies,” Netanyahu said.

Justice Minister Ayelet Shaked slammed the decision, saying that she planned to develop new legislation with Interior Minister Aryeh Deri to restore the deportation policy. “The court has stripped the state of its ability to enforce the law and the tool it used to remove migrants from our midst,” she said. “We will keep fighting this war until we attain the results we need to achieve.”