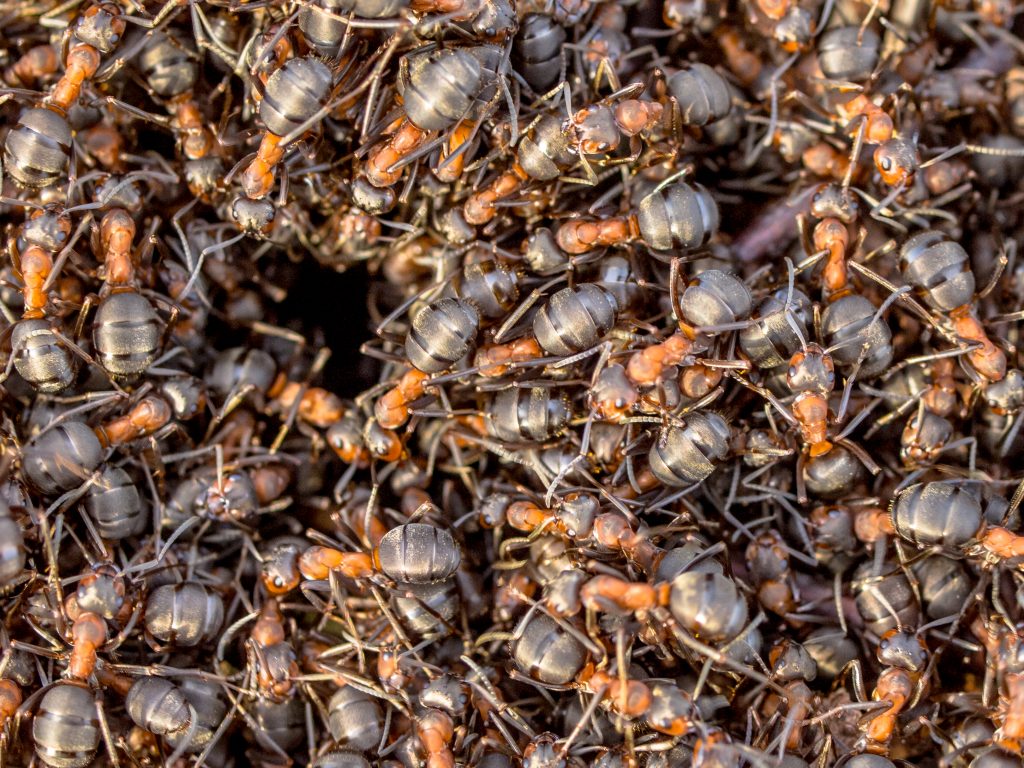 As Tropical Storm Harvey continues to drench Southeast Texas and flood Houston and surrounding communities, people aren’t the only ones seeking higher ground. The area’s wild animal inhabitants are, too.

Reports and images of swimming snakes and lurking alligators are making the rounds on social media, and some are neither current (like these fast-circulating 2016 alligator photos) nor real (such as a fake photo of a shark that most definitely was not swimming down a waterlogged city freeway).

But the Houston metropolitan area is home to thousands of American alligators that reside in hundreds of miles of streams and bayous; more than 20 species of snakes; billions of invasive fire ants; and plenty of deer, raccoons and other critters – all of which are struggling to escape the rising waters. With no Noah’s Ark to ferry them away, they’re showing up in some unusual spots, say Texas wildlife officials and professionals. Those same people add that despite some animals’ fearsome reputation, there’s no reason to panic.

“In Houston, you’ve got pretty much two things: Where you build, which is higher, and where you don’t build, which is low. Wildlife is going to seek the higher areas, which happens to be the places where we build,” said Kelly Norrid, an urban wildlife biologist for Texas Parks and Wildlife. “Mammals that don’t want to be in the water . . . may end up being in your attic or garage.”

Hundreds of thousands of alligators live in Texas, and they’re concentrated on the swampy, now inundated southeast coast. They don’t do well in the colder, fast-moving rainwater that is rushing through the bayous, so those that are able will migrate inland. But that doesn’t mean the area is swarming with menacing gators.

“We’re hearing reports of eight-foot alligators in the front yard,” Norrid said. “But that’s not really unusual in southeast Texas.”

Chris Stephens said his alligator relocation company, Gator Squad, has gotten more calls from neighborhoods in Fort Bend County, southwest of Houston, where alligators aren’t so common. But road closures mean he and his partner are only able to respond to life-threatening situations. So far, they’ve removed just three gators since the flooding began. All were between three and five feet long, One showed up in a drainage ditch behind a house in the Houston community of Meyerland.

An alligator in the yard is probably the last thing many Texans, coping with a natural disaster, need right now. But Stephens said he’s telling callers to stay calm, keep their distance and definitely don’t try for a selfie with the animal; those with a gator under their car might try nudging it with a long push broom, he said.

David Steen, a reptile expert and assistant research professor at the Auburn University Museum of Natural History, made similar points in an email.

“The advice I would give people now is the same advice I usually give: A little common sense goes a long way. Be conscious of where you put your hands and feet and do not try to mess with animals,” he said. “Getting in a fight with you is really low on the list of a snake or alligator’s priorities right now. They’re trying to get through the storm, too.”

Speaking of snakes: Norrid said the Houston area has 23 species and subspecies of snakes, all of which can swim if need be – though “they may not prefer it” – and many of which will scale buildings or trees to stay dry. Houston’s Fox TV affiliate posted a photo on social media of a snake slithering up a brick house. Steen identified it as a rat snake, a “highly arboreal” species that climbs frequently, so it might have just been doing its regular thing.

Given that only five of the area’s snake species are venomous, most snakes pose little harm to humans (other than, perhaps, by scaring the daylights out of snake-phobes).

“As long as people don’t cut their heads off, they will move about their way and go back to where they came from,” he said. Snake bites usually happen when people “catch, kill or harass” the reptiles, Steen said.

Even so, some officials in the coastal city of Corpus Christi decided to take their chances. Our Post colleague, Tim Craig, sent photos Sunday of City Council member Greg Smith holding a dead snake that Steen said appears to be a Western diamondback rattlesnake. The second photo shows its rattle. Tim said he hasn’t seen any snakes since.

But if snakes aren’t likely to hurt Texas flood victims, what about fire ants? Their hideously painful attacks are common – and the insects are super flood survivors. The ants, known officially as red imported fire ants, are an invasive species with a sting that can cause burning, blisters, scarring, infections and even death to those who are hypersensitive to their venom. They’re destructive to wildlife and agriculture. And during floods, they’re the ultimate teammates.

Instead of drowning, the ants emerge from the soil and come together in the thousands to form floating rafts. These can be several feet wide, and in recent days images of their terrifying flotillas have starred on social media.

Norrid did not hide his contempt for the ants, whose mere mention makes every Texan “cringe.” He saw one of their islands on his street this weekend. Still, “it would be hard for me to advise someone go grab a can of Raid and spray at the water,” he said. Best is to stay far, far from the burning insect boats.

The deer that munch their way through verdant Houston are also seeking dry land.

Norrid said he expects the waters to drown many deer, and their carcasses are likely to attract yet another nightmarish insect situation once the water recedes: Hordes of flies.

“But hopefully the rest of nature will take its course and help clean the mess up: Coyotes and vultures, etcetera,” he said.

His main wildlife concern is for Houston’s Mexican free-tailed bats, fast little animals that live in the narrow crevices of more than 30 bridges in the city. The Waugh Bridge near downtown is home to a beloved colony of about 300,000 bats whose sunset emergence is considered a must-see local wildlife event. Water had submerged the underside of the bridge by Sunday.

The Houston Chronicle reported that some bats were spotted on nearby buildings. A few hundred others were plucked from the bridge and water by rescuers.

“I’m thinking that’s going to be one of our biggest losses in the flood,” Norrid said. “Not to get too anthropomorphic about bats, but hopefully they realized what was going on and managed to escape.”

One species that might yet be devastated by the flooding, according to Tewes, is the Attwater’s prairie chicken. The endangered grouse lives in coastal Texas (and happens to be threatened by the flood-floating red imported fire ants that eat insects on which the chickens also feed). Only about 100 of the birds remain in the wild, according to U.S. Fish and Wildlife Service.