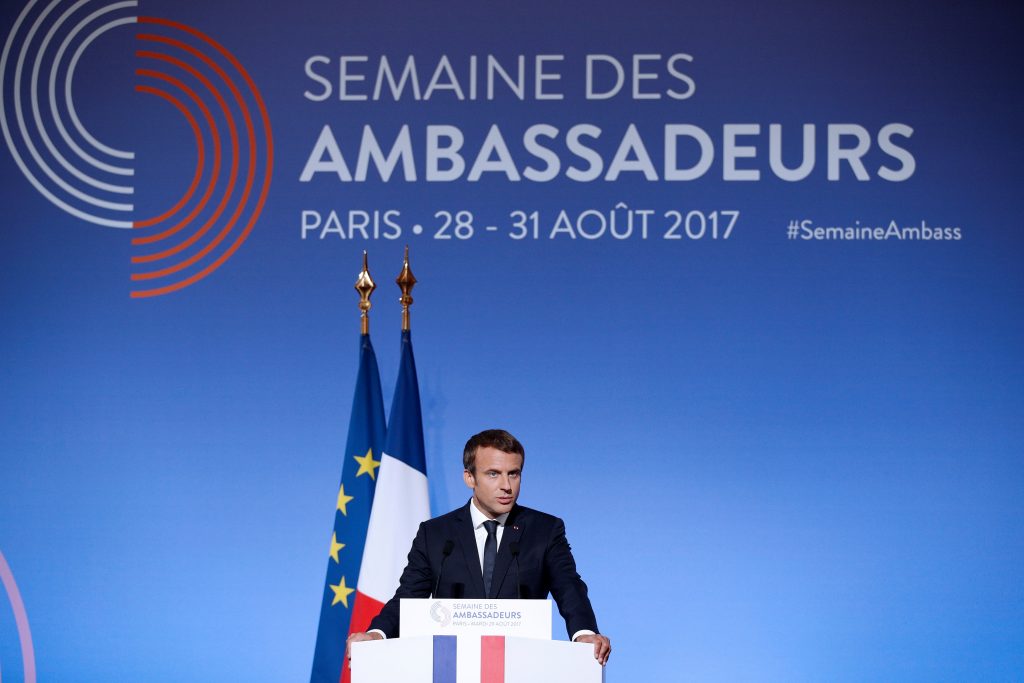 French President Emmanuel Macron on Tuesday said there was no alternative to the 2015 deal struck between Iran and a group of world powers aimed at curbing the country’s nuclear program.

In a message aimed at President Donald Trump, who has ordered a review of the lifting of sanctions after the agreement and called it “the worst deal ever negotiated,” Macron told French ambassadors that the agreement was good.

“There is no alternative to the regime on nuclear nonproliferation,” he said. “In the context of what we are living through, the 2015 agreement is what allows us to establish a constructive and demanding dialogue with Iran.”

Macron also said that he will travel to the Middle East next spring, in a trip including Israel and the Palestinian territories, to help the peace process in the region and promote a two-state solution.

“We will continue our efforts with the United Nations to find a two-state solution, Israel and Palestine, living safely side by side,” he told the gathering.

Besides Israel and the PA, Macron said the trip will include Lebanon and Jordan.