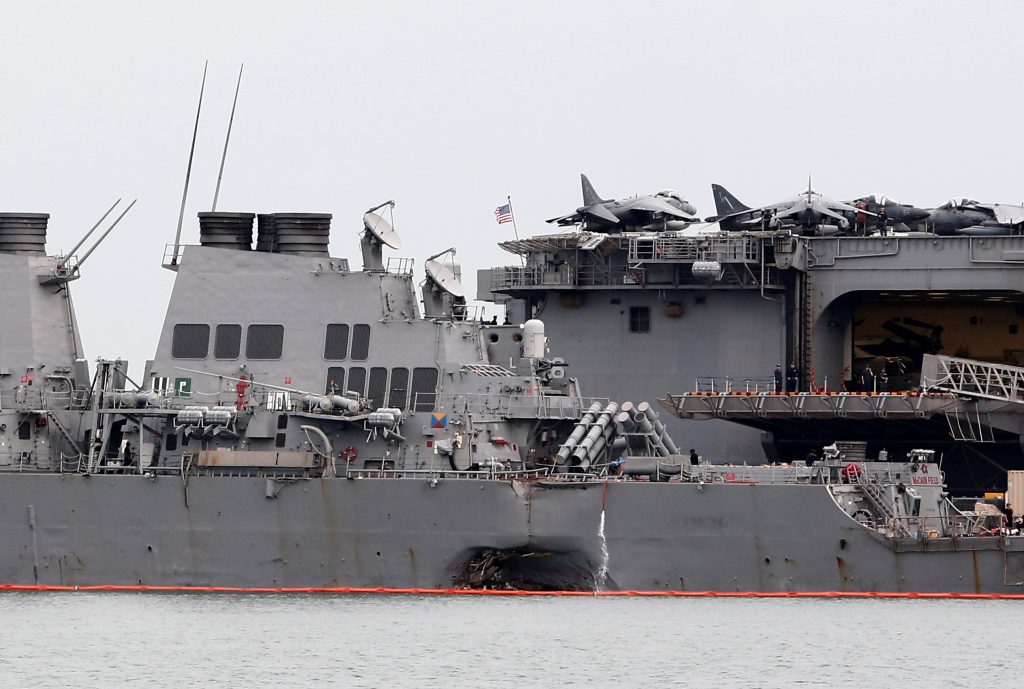 The U.S. Navy on Monday confirmed recovery of the remains of all 10 sailors killed after the warship John S. McCain collided with a merchant vessel in waters near Singapore and Malaysia.

The guided-missile destroyer collided with the Alnic MC east of Singapore last week while approaching the city state on a routine port visit.

“The U.S. navy and marine corps divers have now recovered the remains of all 10 USS John S. McCain sailors,” the Seventh Fleet said in a statement on its website.

The news follows the navy’s Thursday announcement that it had suspended wider search and rescue operations after finding and identifying the remains of one sailor.

The navy found the remains of missing sailors inside sealed sections of the damaged hull of the warship, which is moored at Singapore’s Changi Naval Base.

“The incident is under investigation to determine the facts and circumstances of the collision,” the statement added.

Aircraft, divers and vessels from Australia, Indonesia, Malaysia, Singapore, and the United States joined a search-and-rescue operation for the missing sailors over an area of about 2,100 square miles around the crash site.

The pre-dawn collision, the fourth major accident for the U.S. Pacific Fleet this year, has prompted a review of its operations.

The Navy has removed Seventh Fleet Commander Vice Admiral Joseph Aucoin from his post, citing “a loss of confidence in his ability to command” after the run of accidents.

Rear Admiral Phil Sawyer takes command of the fleet from Aucoin, who had been due to step down next month.

The U.S. Navy has also flagged plans for temporary and staggered halts in operations across its global fleet to allow staff to focus on safety.

In a one-day operational pause last Wednesday, officers and crew of Seventh Fleet ships deployed at a facility in Yokosuka, Japan, received fresh training in risk management and communications.

The Seventh Fleet, headquartered in Japan, operates as many as 70 ships, including the U.S.navy’s only forward-deployed aircraft carrier, and has about 140 aircraft and 20,000 sailors.