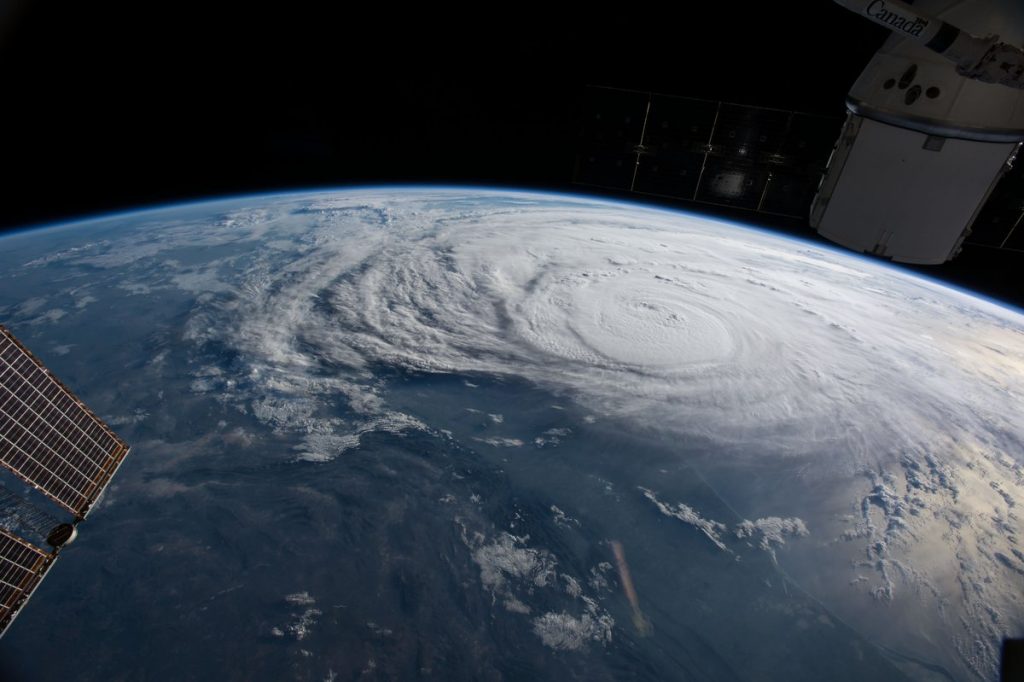 After a weekend of bruising winds and relentless rain, Houston’s rising floodwaters reached the gates of Johnson Space Center on Sunday.

The NASA facility typically bustles with some 10,000 scientists, engineers, other staff and contractors, including flight controllers for the International Space Station. But it is now closed to all but mission essential personnel. The Twitter account for the center’s emergency management office reported that water in the neighborhood was knee-deep in some streets and inundating many sidewalks. Security officers had to be evacuated from the campus gates.

The Spaceflight Meteorology Group based at JSC reported Sunday that the center had received more than 20 inches of rain.

Only a skeleton “ride-out” crew remains as staffing. Flight director Royce Renfrew arrived Sunday to relieve one of his colleagues at Mission Control Center, where flight controllers are still supporting the six astronauts on board the ISS. The scene was “kind of surreal,” he tweeted.

As of Monday, mission control “remains operational and fully capable of supporting the International Space station,” according to a statement on NASA’s website.

JSC also houses the huge thermal vacuum chamber where the James Webb Space Telescope is currently undergoing tests. The nearly $9 billion successor to Hubble is slated to launch in October 2018 — years behind schedule. But the telescope is safe at the moment, as are the personnel who have stayed to protect it, a spokeswoman said.

The space center covers 1,700 acres southeast of Houston, almost within sight of flood-prone Clear Lake and about 30 miles from Galveston Bay. It’s low ground — just 13 feet above sea level at its lowest point, 22 feet at its highest.

A 2012 NASA report identified storm surge and sea level rise as major threats to JSC: “The area has always been subject to hurricanes, and the associated high winds, storm surge and flooding. Rising sea level will increase the risk of catastrophic storm surge impacts on JSC and the surrounding high profile infrastructure assets, human capital and natural resources.”

During Hurricane Ike, which struck this same part of the Texas Gulf Coast in 2008, three-quarters of the buildings on JSC’s campus sustained some sort of roof damage — including mission control. Flight control for the International Space Station was temporarily moved to backup facilities in Austin and Huntsville, Alabama. Power failures and piles of debris kept the center shut down for a week after the hurricane passed.

Crew on board the ISS were briefed about the hurricane on Friday, according to JSC news chief Kelly Humphries. From 250 miles above Earth, the six astronauts watched the corner of Texas where mission control sits become engulfed by a white whirlpool of cloud.

“Oh boy — looks like a ton of rain is about to unload,” astronaut Jack Fischer tweeted Friday.

JSC Director Ellen Ochoa, a former astronaut, retweeted the images, adding: “Wish I was up there and not down here.”