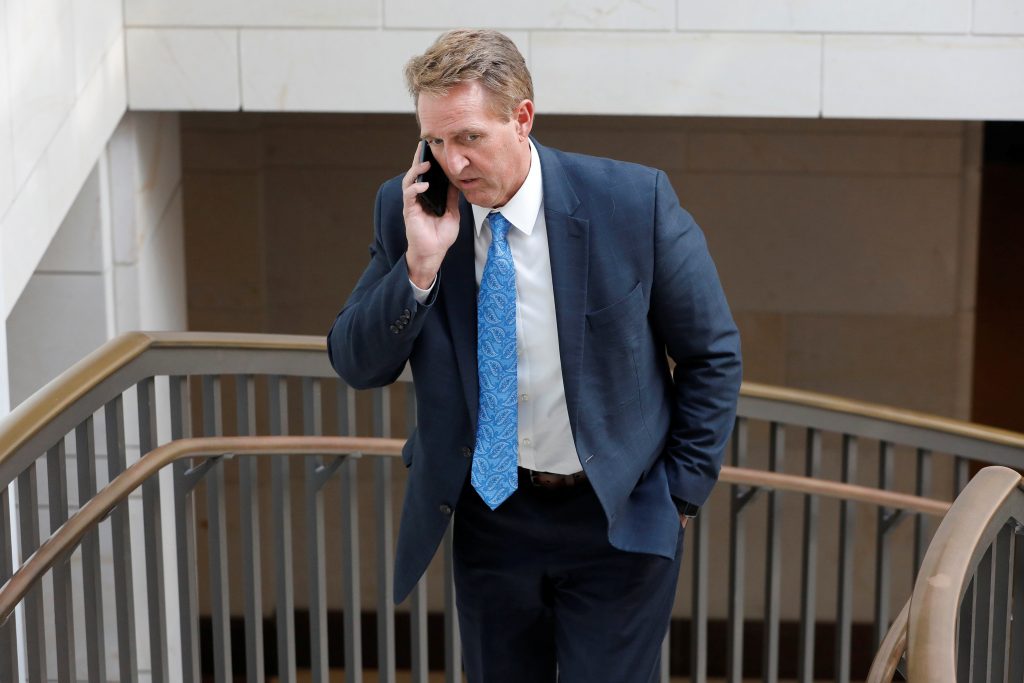 Arpaio, who was pardoned by President Donald Trump on Friday, told the Washington Examiner on Monday he was considering running for elected office again.

Arpaio was found guilty last year for violating a court order in a racial profiling case. He was frequently criticized for his use of harsh tactics and sweeps through Latino and immigrant communities to try to curb illegal immigration.

Arpaio lost re-election last year to Democrat Paul Penzone, and he was scheduled to be sentenced in October.

After Trump’s pardon, Arpaio’s team sent out an email to supporters asking for help paying for his legal bills.

“Going up against the full force of the federal government was not only personally taxing, it was incredibly expensive,” he said.

When Trump announced his pardon of Arpaio, Flake, a frequent Trump critic, tweeted he would have preferred that Trump allow the judicial process to run its course.

When asked by Roll Call about the potential challenge, National Republican Senatorial Committee Chairman Sen. Cory Gardner of Colorado reiterated a statement he made earlier this month stating his support for the incumbent.

Arpaio has flirted with running for higher office in the past, saying he might run for governor and then passing in 2014, and saying he was thinking about running for the Senate in 2012.