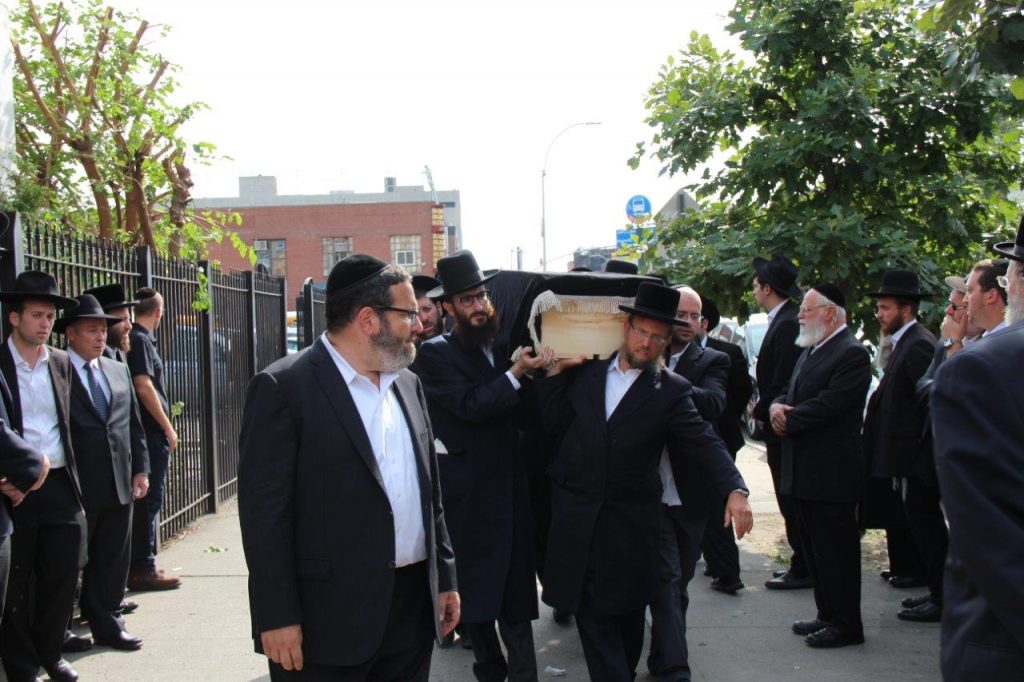 Baruch Dayan Ha’Emes. The Boro Park community mourns the tragic petirah of Reb Chaim Elazar Shalom Gluck, z”l, 61, and his wife, Mrs. Faigy Gluck, a”h, 59, who were killed in a fire in their home.

The couple and their 19-year-old daughter Chanah were brought to Maimonides Hospital. Mr. and Mrs. Gluck were pronounced dead at the hospital. Chanah is in stable condition.

Mr. Gluck was a talmid at the Viener Yeshivah of Harav Avrohom Chaim Spitzer, zt”l, Rav of Boro Park’s Khal Ohr Chaim, and that was the shul where he davened every day. He remained greatly connected to Harav Spitzer, attending every shiur he gave, and the Rav was extremely machshiv him for his devotion and dedication as a Yid and as a member of the kehillah. When Harav Spitzer passed away and his son, Harav Elya Tzvi, succeeded him as Rav, Mr. Gluck remained strongly connected to the shul as before, a mainstay of the community.

Mr. Gluck himself opened the shul each morning at 4:30 and would prepare the shul — whether it was the mikvah, or the benches, or procuring fresh milk, or sefarim — for the early morning shiur and the first minyan. He never missed a day unless there was an emergency.

He took his davening and learning seriously, never appearing tired or weary. And he never spoke during davening. Some noted the hashgachah pratis in the fact that he passed away on the yahrtzeit of the Tosfos Yom Tov, who famously exhorted klal Yisrael to avoid the pitfall of speaking during davening.

He was an exceptional baal middos, never known to say a bad word about anyone or to utter a complaint. He would always provide encouragement and a kind word to those who needed it.

He was exceptionally unassuming, eidel and self-effacing. Just recently, when someone publicly thanked him in shul on Shabbos for his assistance with setting up a kiddush, those present noted how he reacted by bashfully covering his face, shrinking from the limelight.

While he worked an ordinary job, he was generous with his tzedakah. He once overheard that money was being raised for a communal cause, and while those involved hadn’t considered asking him, he approached them a while later with a handsome sum, without any expectation of acknowledgement.

Mr. Gluck was regularly seen with a sefer Tehillim, ceaselessly reciting its holy words. Those who knew him said he finished the whole sefer at least seven times a week. And when the weeks of Shovavim came around, he would arrive even earlier, never missing a day. He was the personification of an old-fashioned chashuve baal habayis. And on the awful morning when tragedy struck and the news reached the mispallelim, the shul fell silent, as those present wept.

At the levayah Monday afternoon, attended by hundreds, Rav Spitzer described how Chanah had tried to save her parents, but her father stayed in the smoke-filled home to try to assist Mrs. Gluck, who had a walking disability.

Deputy Fire Chief Russ Regan told WCBS that the fire was rapidly spreading when the rescuers arrived. The fire was contained inside the house, and neighboring buildings were spared.