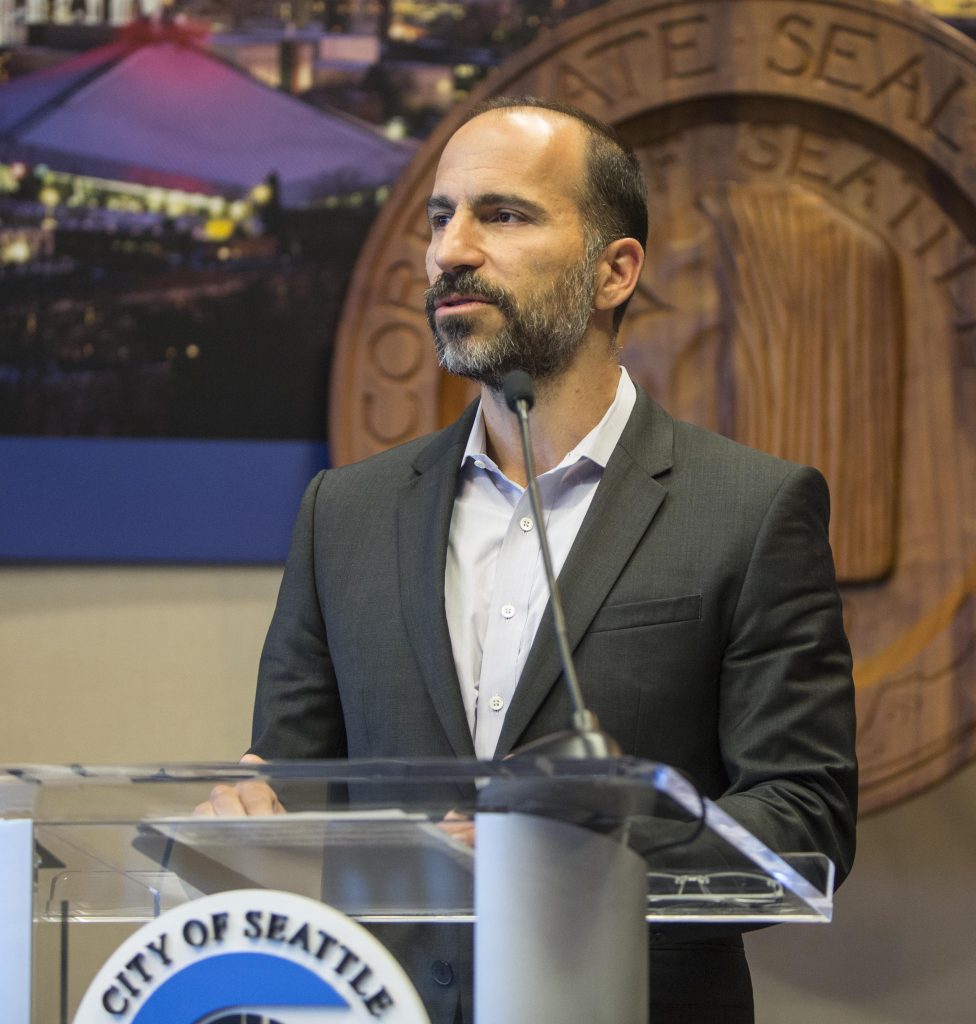 Uber has selected the chief executive of Expedia, Dara Khosrowshahi, as its new CEO, a surprising turn after board members considered two other stalwarts of industry, two people with direct knowledge of the matter said Sunday.

The move comes after a weekend of frantic meetings with two other final candidates, Meg Whitman, chief executive of Hewlett Packard Enterprises, and Jeff Immelt, the departing chairman of GE.

Khosrowshahi a Persian-American who has run Expedia since 2005, was an unexpected and lesser-known choice; his interest in the position was largely kept secret until today.

But within Silicon Valley, Khosrowshahi is well liked and respected. He has presided over a huge expansion of the online travel company to over 60 countries. Khosrowshahi is also a vocal critic of President Donald Trump, particularly his travel ban against Muslim-Americans.

Uber is the most highly valued startup Silicon Valley has produced over the past decade, and it is expected to move toward a massive public stock offering in the coming year or so.

Khosrowshahi will face a company in crisis. He is tasked with transforming the company’s culture, while shoring up the company’s business in the wake of lawsuits and competition, analysts say. Morale at Uber has plummeted in the wake of eight months of controversy, including reports of widespread discrimination and harassment, lawsuits that threaten the company’s future, a leadership vacuum, and the ouster of chief executive and co-founder Travis Kalanick.

The executive search has lasted all summer long and been marred by infighting among board members. After Kalanick was pushed out, he scrambled to find allies who would help him make a comeback. That led one of the company’s largest investors, Benchmark Capital, to sue Kalanick for breach of contract and fraud, arguing in court filings that Kalanick was seeking to entrench himself in the process for his own “selfish ends.”

Kalanick fired back in his own legal filings, calling the Benchmark suit a baseless and “personal attack.” Meanwhile, the board itself disagreed with the Benchmark suit, releasing a statement signed by all members except Benchmark representative Matt Cohler that it was “disappointed that a disagreement between shareholders” has resulted in litigation.