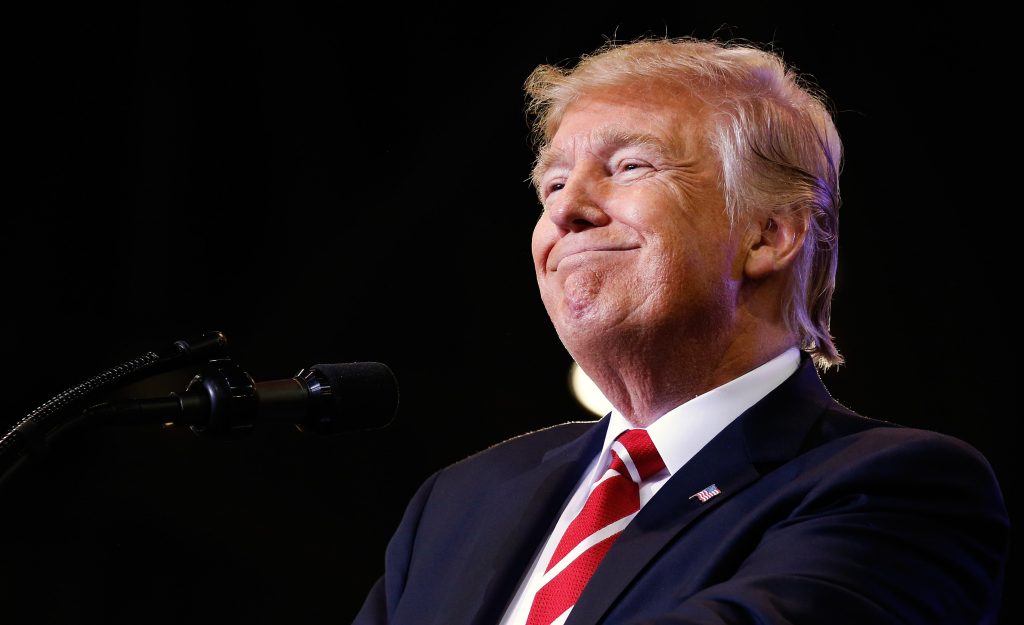 President Donald Trump Sunday renewed his pledge to make Mexico pay for a border wall between the U.S and Mexico, days after threatening to trigger a government shutdown if congressional Republicans don’t include funding as they take on a spending bill due Sept. 30.

“With Mexico being one of the highest crime nations in the world, we must have THE WALL,” Mr. Trump posted on Twitter. “Mexico will pay for it through reimbursement/other … .”

The president did not elaborate on how Mexico would cover the cost.

Mr. Trump has asked for $1.6 billion to begin border wall construction, but not all congressional Republicans agree about the merits of a fight to spend potentially billions of dollars more on a border barrier as they seek for tax cuts.

At a rally, last week in Phoenix, Mr. Trump said, “If we have to close down our government, we’re building that wall,” and that “one way or the other, we’re going to get that wall.”

Rep. Jim Jordan, R-Ohio, a founder of the House Freedom Caucus, said Friday that he could support a short-term bill to fund the government after Sept. 30 and delay the fight over wall funding until December.

“I’m willing to do it whenever it makes sense,” said Jordan. House Speaker Paul Ryan, R-Wis., also has suggested a better time for a stand would be when the House and Senate negotiate final fiscal 2018 spending bills later in the year.

Homeland security adviser Tom Bossert said on ABC, that he was confident Congress would meet President Trump’s budget request and wouldn’t speculate on whether the president would veto a measure without it.

Asked about Mexico paying for the wall, Bossert said the initial effort is on getting an appropriation to build the barrier.

“As we work with the Mexicans in other policies and trade policies and such, we’ll determine ways for us to make that right,” he said.

A week into his presidency, Mr. Trump indicated to Mexico’s president Enrique Pena Nieto that he understood the Mexican government would not outright pay the U.S. to build a border wall. But he implored him to stop saying so publicly, according to transcripts of the Jan. 27 call obtained by the Washington Post.

The president said that “we are both in a little bit of a political bind” but that he knew the funding would work out “somehow” and “come out in the wash.” At the same time, according to the report, he said, “If you are going to say that Mexico is not going to pay for the wall, then I do not want to meet with you guys anymore, because I cannot live with that.”