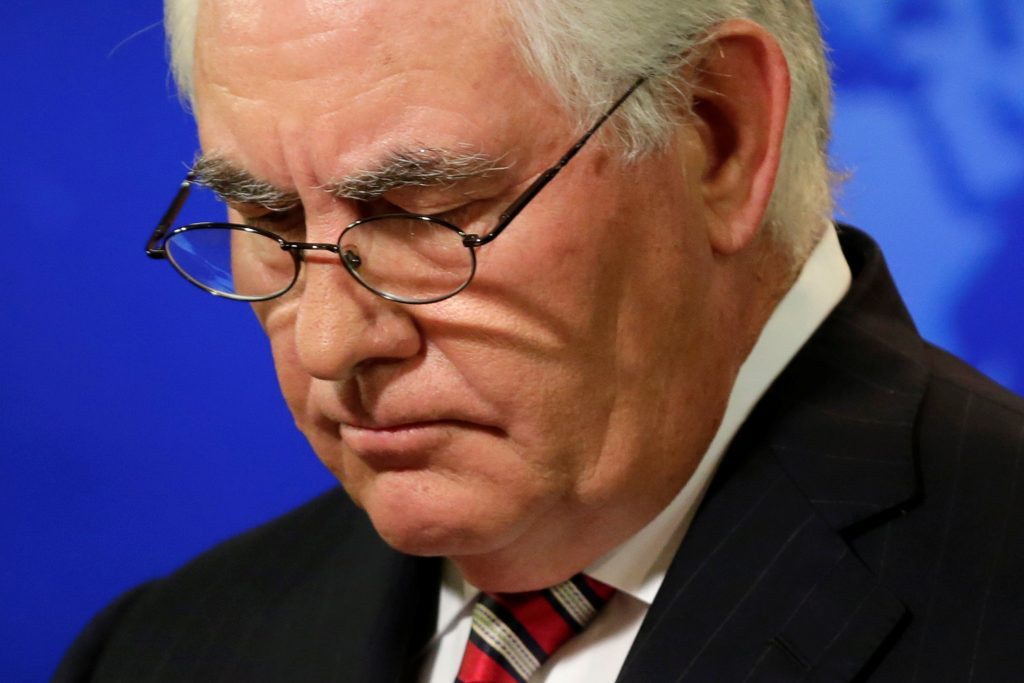 As criticism of President Donald Trump’s views on race has continued to mount, his secretary of state appeared Sunday to distance himself from “values” Mr. Trump expressed of a white-supremacist march in Charlottesville, Va., this month.

Rex Tillerson was asked on Fox News on Sunday about a United Nations panel’s recent criticism over failure at “the highest political level” of the U.S. to “unequivocally reject and condemn…racist violent events.” The panel, which normally confines its expressions of concern to the actions of dictatorial regimes or groups like Islamic State, did not mention President Trump by name.

A 32-year-old paralegal, Heather Heyer, was killed when one of the Charlottesville marchers plowed a car into a crowd of counter-protesters. An Ohio man described as a Nazi sympathizer has been charged in the killing.

Asked about the statement by the U.N. Committee on the Elimination of Racial Discrimination, Tillerson said he did not believe “anyone doubts the American people’s values” with respect to fighting racism.

Asked whether Mr. Trump shared those values, Tillerson replied: “The president speaks for himself.”

When his interviewer followed up by asking the secretary whether he was separating himself from Mr. Trump’s views, Tillerson once again offered distancing language, saying “I have made my own comments” as to American values on racism.

President Trump puts a premium on personal loyalty, and in general, aides defend him even under the most controversial circumstances. But his homeland security adviser, Tom Bossert, declined Sunday to directly support the president’s contention that there had been “very fine people” among the white supremacist marchers.

Asked about that characterization, Bossert said: “I think you’ll have to ask the president how he wanted to parse” characteristics of march participants.

“I’d ask you to ask the president for clarification,” he said on ABC.

Asked for his own views about those marching with Confederate banners and Nazi symbols while hurling racial invective, Bossert said: “I don’t think anyone chanting those things is a ‘very fine person’ – period.”

He did defend the overall tenor of Mr. Trump’s remarks condemning racism, however.

“I can’t be clearer,” he said. “I think the administration’s been clear.”

After Charlottesville, Mr. Trump drew fire when he initially did not specifically denounce white supremacists and neo-Nazis as instigators of the violence, saying that the “many sides” shared the blame. Under pressure, he named the groups days later, but then made a series of statements appearing to walk back his initial response and slamming the unfairness of critics and the news media.

Virginia Gov. Terry McAuliffe, who has accused the president of fomenting disunity in response to the Charlottesville violence, criticized him anew on Sunday. Appearing on CNN, the Democratic governor was asked about President Trump’s contention that his initial response had been “perfect.”

“Those people came to do harm; they brought their hatred here,” he said of the white supremacists and their allies. “There is no moral equivalence … he needs to call that out for what it is.”