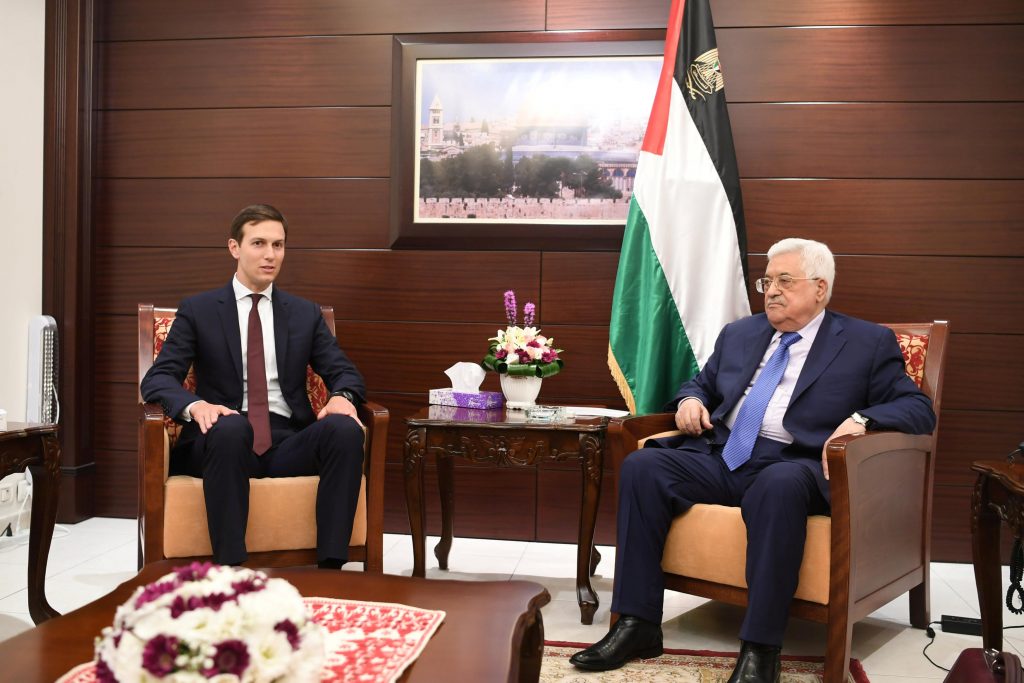 Despite recent reports of Palestinian complaints about a pro-Israel bias among Trump administration envoys, Palestinian Authority President Mahmoud Abbas has agreed to a White House peace initiative, to be unveiled in three to four months, according to Yisrael Hayom on Sunday.

The agreement took place at a meeting in Ramallah between White House senior adviser Jared Kushner and Abbas on Thursday, but which has not been made public until now, the report said.

Progress on the plan — which was said to include a timetable for talks on the so-called core issues of the conflict, was made contingent on the Palestinians refraining from any further attempts to pursue statehood in international forums, an unnamed Palestinian official said.

Abbas insisted that President Donald Trump personally commit to the plan, and requested a meeting with him during the U.N. General Assembly in September.

The Palestinians, who have been overtly messaging their disenchantment with American diplomacy, were pleased with the results of the latest meeting with Kushner, according to the Al-Monitor news site.

“Today we understood more than ever that President Trump is indeed engaged [in the diplomatic process], he knows what his team is working on and what they are talking about, and he also found time despite the mess he is in to convey messages to Abbas,” an unnamed Palestinian source said.

“We know that this issue is difficult and complex, but nothing is impossible in the face of good efforts,” Abbas said during the parley with Kushner, according to official PA news outlet Wafa.

“We affirm that this [U.S.] delegation is working toward peace, and we are working with it to achieve soon what Trump called the ‘peace deal,’” he added.