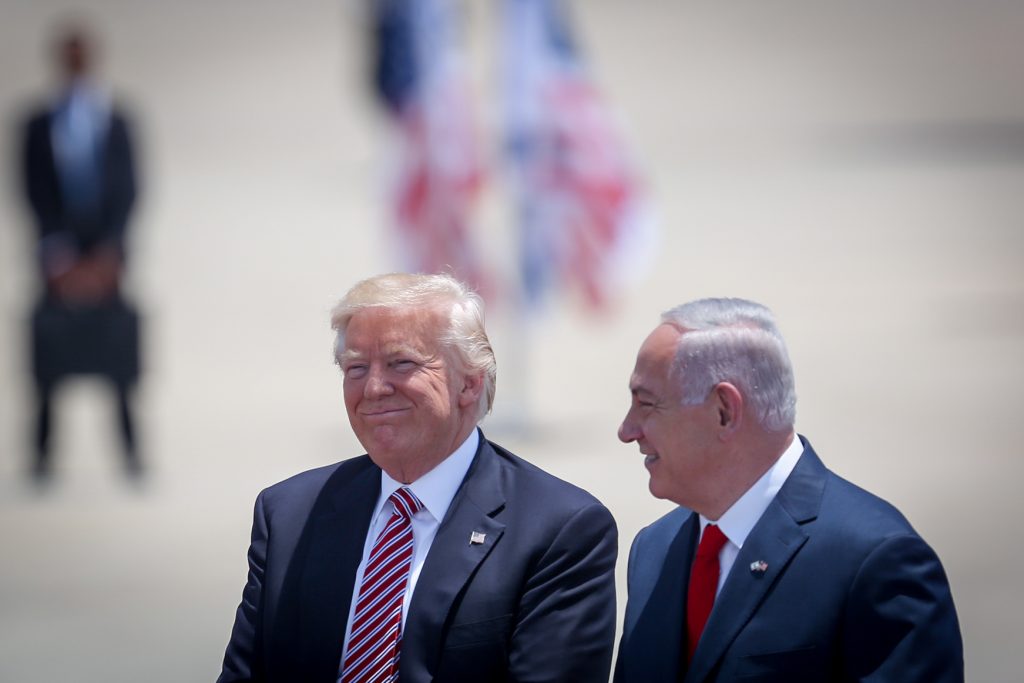 U.S. President Donald Trump and Israeli Prime Minister Binyamin Netanyahu have agreed to meet in the U.S. in September, when both are due to speak at the United Nations General Assembly.

The meeting has been set for September 17 in New Jersey, likely at Mr. Trump’s residence in New York, two days before they each address the U.N.

The meeting with President Trump will follow a Latin American tour of Argentina, Colombia and Mexico, from which he will continue on to the United States for a few days and return to Israel before Rosh Hashanah, which begins on the evening of September 20. The date of PM Netanyahu’s speech was moved up by U.N. officials from a later date in order to allow him time to return to Israel in time for Rosh Hashanah.

The prime minister’s schedule has not yet been officially confirmed, but officials in the Foreign Ministry have been informed and are making arrangements accordingly.

PM Netanyahu and President Trump have already met twice this year: in February, when the prime minister visited the White House, and in May when the president visited Yerushalayim. No other foreign leader has met with the president three times so far this year.