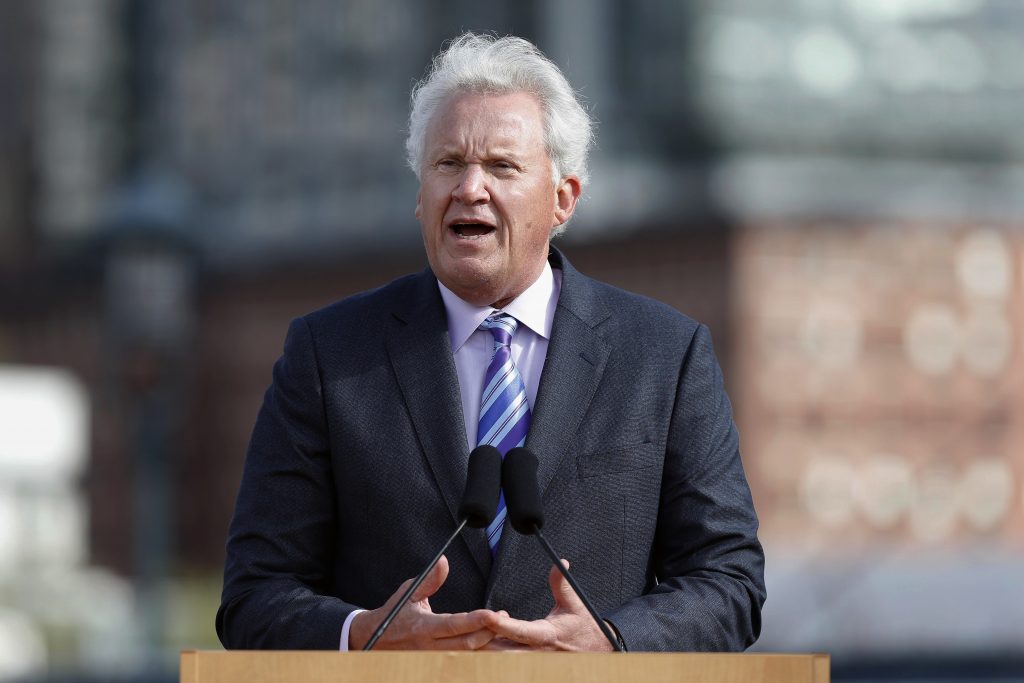 Former General Electric CEO Jeffrey Immelt has taken himself out of the running to lead Uber as the ride-hailing giant seeks to overcome its ethical scandals and turn itself into a profitable business.

Immelt announced Sunday on Twitter: “I have decided not to pursue a leadership position at Uber.” He added that he has “immense respect” for the company and its founders.

Uber’s fractured eight-member board has been meeting this weekend to find a new leader. Immelt was among the finalists for the job.

One faction within the board, led by Silicon Valley venture capital firm Benchmark Capital, wanted Hewlett Packard Enterprise CEO Meg Whitman, who several times publicly disavowed any interest. The group had hoped to persuade her to jump aboard, but Whitman would have none of it. On Friday, she reiterated that she’s not interested, saying through a spokesman that she has no plans to meet with the Uber board. Her previous disinterest remains, said HP Enterprise spokesman Henry Gomez.

Uber has been plagued much of the year by high-profile missteps including allegations of espionage and deceit, and revelations of bullying among employees. The company also has been rocked by management upheaval. All of these problems caused co-founder and former CEO Travis Kalanick to step down from the leadership post in June, leaving the job vacant.

Uber is now being run by a 14-person committee of executives, but has several top positions open that won’t be filled until a CEO is hired. That committee is trying to change the company’s culture so it’s better behaved, a difficult task without a top leader.

Some on the board favored Immelt to quickly bring stability to the company. Others wanted to make another run at Whitman or keep searching.

Immelt, who will remain GE’s chairman until Dec. 31, stepped down as CEO at the end of July. His experience running a diverse conglomerate and dealing with a corporate board was considered a big plus by some Uber board members who want to bring experienced leadership to the company.

Uber, the largest ride-hailing company in the world, is valued at around $70 billion, but that may have dropped during this year’s corporate turmoil. Its board has become fragmented amid a legal fight between one of the company’s top investors and Kalanick.