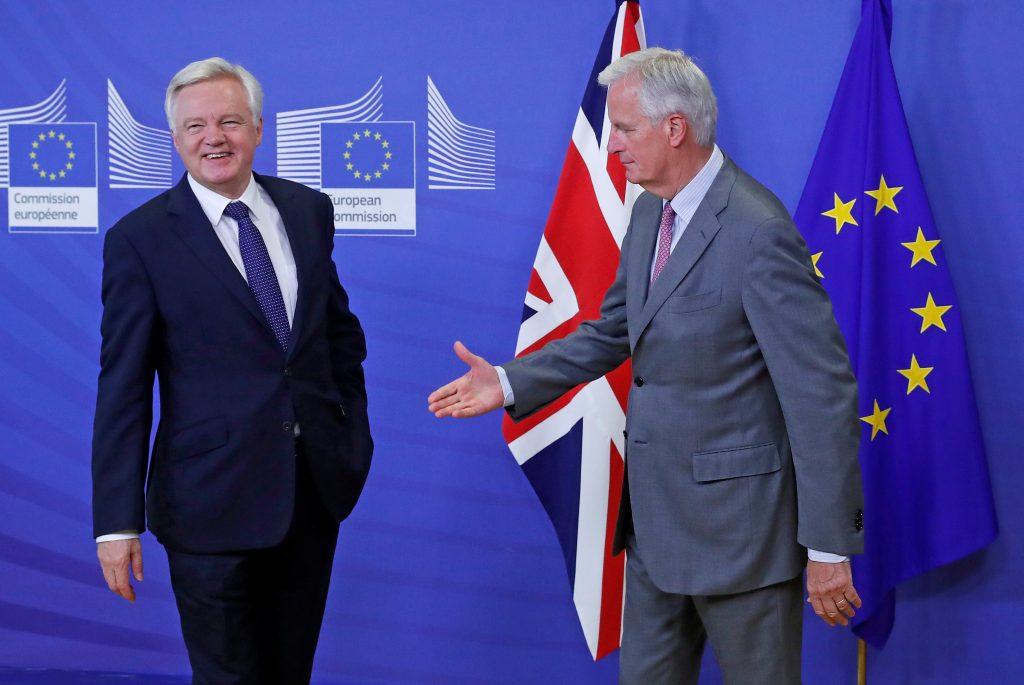 Britain will urge the European Union on Monday to show “imagination” in Brexit talks and help focus discussion on future ties rather than on a divorce settlement.

Brexit Minister David Davis will call on the EU to be more flexible in its approach at the start of negotiations with the bloc’s chief negotiator Michel Barnier on Monday – the third round of talks which are likely to be largely technical.

A government source said Britain would point to the papers it has published over the past two weeks on both the future relationship and the divorce to show how officials have been working “diligently to inform the negotiations.”

“Now, both sides must be flexible and willing to compromise when it comes to solving areas where we disagree,” the source said. “As the EU itself has said, the clock is ticking so neither side should drag its feet.”

Britain has published papers on everything from future customs arrangements to data, going beyond a brief set by the EU to first make progress on three priority areas – the rights of expatriates, Britain’s border with EU state Ireland and a financial settlement.

British officials say they cannot make headway on those areas without looking at future ties, arguing that what happens at the border with Northern Ireland depends largely on what kind of customs arrangement is agreed with the European Union.

But the EU has stuck to its stance that “sufficient progress” must be made in those areas before moving on to any discussion of the future relationship.

The new series of talks begin as Britain’s economy is starting to show the strain of last year’s vote to leave.

After a prolonged period of relatively benign economic numbers following last year’s there are now signs of a potentially serious slowdown – including in household spending and business investment.