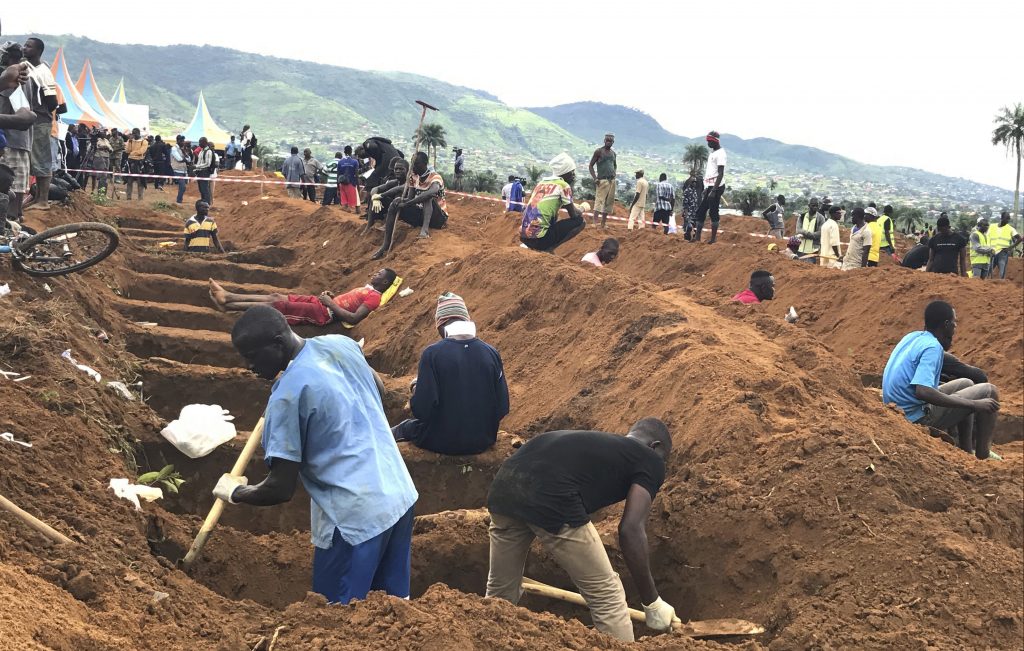 A local leader and a minister in Sierra Leone say more than 1,000 people have died in the mudslide and flood that hit the country’s capital nearly two weeks ago.

The government earlier put the death toll for the Aug. 14 mudslide at 450. Rescuers and aid groups warned that more than 600 people still missing from the disaster would likely not survive.

Elenoroh Jokomie Metzger, head of the women of Regent village, said more than 1,000 perished, though the exact number would never be known. She spoke during a Sunday remembrance ceremony.

Reverend Bishop Emeritus Arnold Temple, who leads a Methodist church near Regent, said the country was mourning well over 1,000 victims.

Rescue and recovery efforts have continued as heavy rain brings the threat of another disaster.