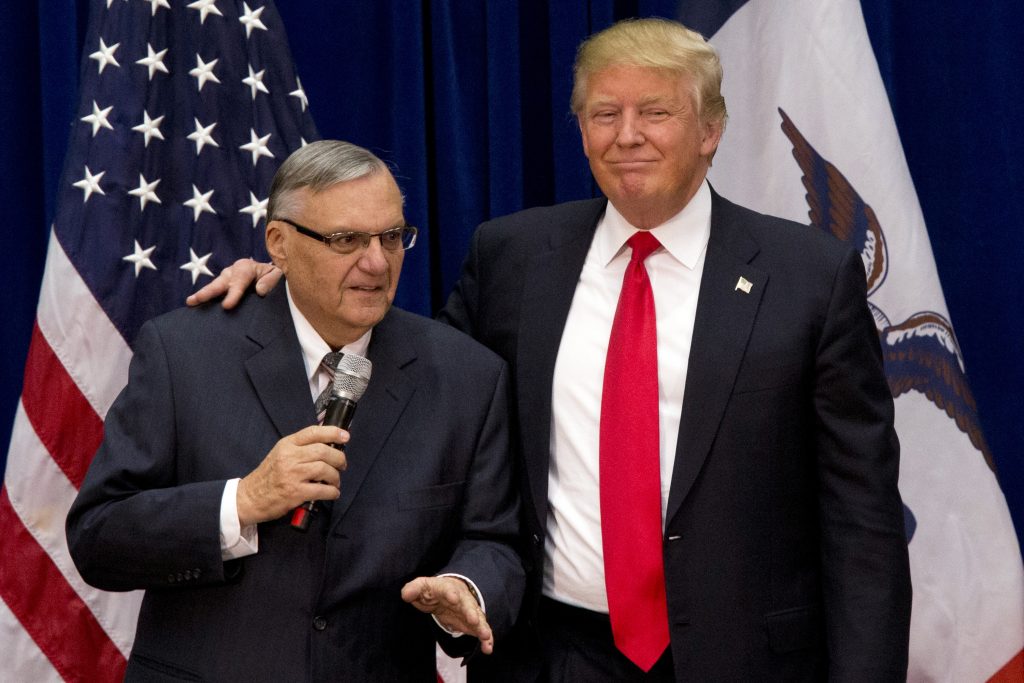 President Donald Trump on Friday granted a pardon to controversial former Arizona lawman and political ally Joe Arpaio less than a month after he was convicted of criminal contempt in a case involving racial profiling.

“Throughout his time as sheriff, Arpaio continued his life’s work of protecting the public from the scourges of crime and illegal immigration,” said a White House statement announcing Arpaio’s pardon, the first of President Trump’s administration.

Arpaio, 85, the self-proclaimed “toughest sheriff in America,” lost a bid for re-election in Arizona’s Maricopa County in November after 24 years in office.

“I have to thank the president for what he has done, that’s for sure,” Arpaio told Reuters in a brief telephone interview from his Arizona home. “He’s a big supporter of law enforcement.”

Arpaio said his lawyer was sent a copy of the pardon on Friday afternoon and he planned a press conference to discuss what he said were new details in the case. He declined to say if he would run again for sheriff.

“I’m not going away,” added Arpaio.

Arpaio told Reuters that he would reveal more about the case on Monday or Tuesday and detail the “real story” behind the case that brought him to trial. He has long maintained that the prosecution by the administration under President Barack Obama was political, aimed at helping oust him from office.

Arpaio, who campaigned for Trump in 2016, was convicted on July 31 by District Judge Susan Bolton, who ruled he had willfully violated a 2011 injunction barring his officers from stopping and detaining Latino motorists solely on suspicion that they were in the country illegally.

Arpaio admitted to inadvertently disobeying the court order but said his behavior did not meet a criminal standard. He said the prosecution was a politically motivated attempt by the Obama administration to undermine his re-election bid.

Arpaio had been scheduled to be sentenced on Oct. 5 and faced a fine and maximum sentence of six months in jail.

His controversial tenure as sheriff brought Arpaio national headlines for massive roundups of suspected illegal immigrants and for the way he ran the Maricopa County jail.