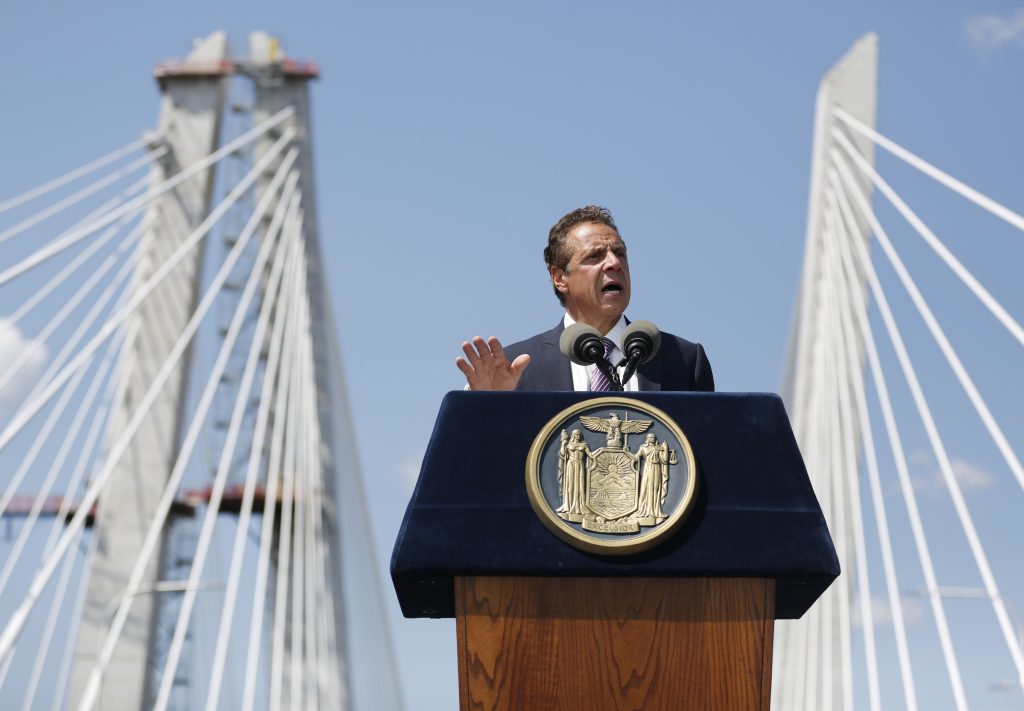 A new bridge providing a critical link in the Northeast U.S. highway system has opened in New York.

For now, motorists going south or east will use the Tappan Zee Bridge until it is completely replaced by the new bridge sometime in the fall.

Democratic Gov. Andrew Cuomo on Thursday commemorated the bridge named for his father. Mario Cuomo served three terms as governor, from 1983 to 1994. He died in 2015.

Construction commenced in 2013, launched by the state Thruway Authority after decades of political squabbling.