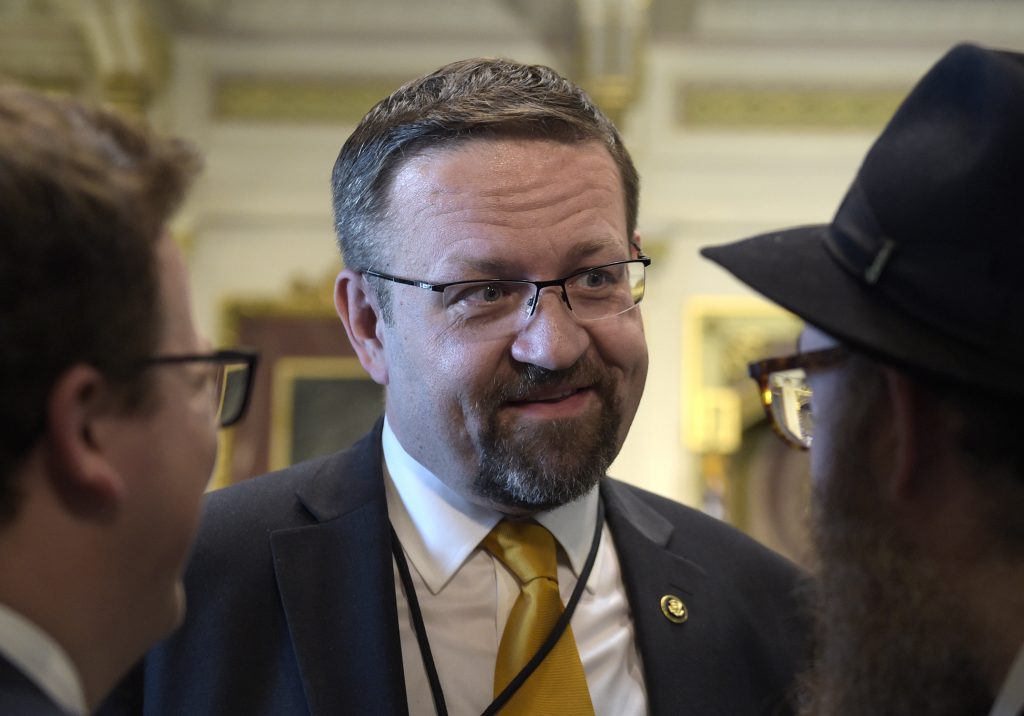 Sebastian Gorka, a national security aide whose hard-line views on immigration and terrorism caused discord inside and outside the White House, is the latest official to exit President Donald Trump’s administration.

Gorka told The Associated Press Friday that he had resigned from his position. A White House official, however, said Gorka did not resign but “no longer works at the White House.” That official was not authorized to discuss the matter publicly and spoke on condition of anonymity.

A former editor for the conservative Breitbart News website, Gorka joined the administration as a counterterrorism adviser. But he operated outside of the National Security Council and his exact responsibilities were not clearly outlined, though he was a prominent advocate for Trump on broadcast media.

Gorka declined to discuss the reasons he left the White House, but pointed toward excerpts from his resignation letter that were posted Friday evening by The Federalist website.

Gorka wrote that “the individuals who most embodied and represented the policies that will ‘Make America Great Again,’ have been internally countered, systematically removed, or undermined in recent months.”

He criticized Trump’s recent speech on Afghanistan, writing, “The fact that those who drafted and approved the speech removed any mention of Radical Islam or radical Islamic terrorism proves that a crucial element of your presidential campaign has been lost.”

He also wrote, “The best and most effective way I can support you, Mr. President, is from outside the People’s House.”

Gorka’s exit follows the departure of chief strategist Steve Bannon, a key adviser in Trump’s general election campaign, but a contentious presence in a White House divided by warring staff loyalties. Bannon quickly returned to his post at Breitbart News.

Bannon left the White House after the arrival of the new chief of staff, John Kelly, who had embarked on a personnel review of West Wing staff. Kelly has sought to impose discipline on a chaotic West Wing, limiting dissenting voices, restricting access to the president and “stacking the deck” on major decisions to guide Trump toward an outcome.

The administration has seen a number of high-profile exits in recent months, including Trump’s first press secretary, Sean Spicer, and his first chief of staff, Reince Priebus.