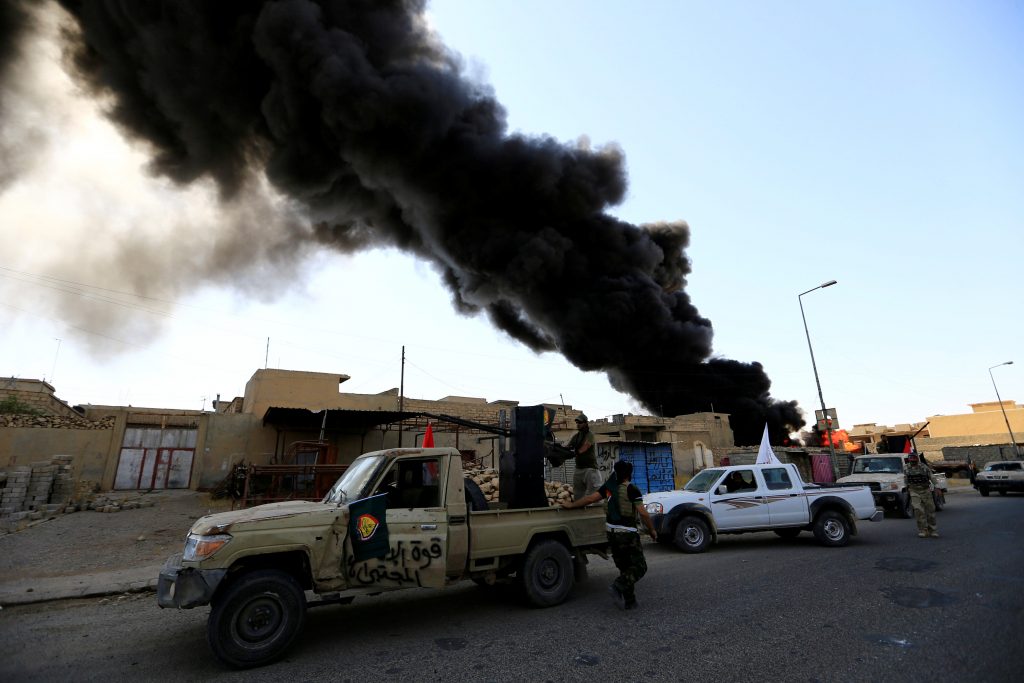 Iraqi forces raised the national flag on Saturday in the heart of Tal Afar, Islamic State’s stronghold in the country’s northwest, and said they were poised to take full control of the city after a week-long offensive.

Tal Afar is the latest objective in the U.S.-backed war on the terrorist group following the recapture in July of Mosul, where it declared its self-proclaimed caliphate over parts of Iraq and Syria in 2014.

Tal Afar was cut off from the rest of IS-held territory in June and the campaign to recapture it started on Aug. 20, when up to 2,000 terrorists were believed to be defending it against around 50,000 attackers, according to Western military sources.

“Tal Afar city is about to fall completely into the hands of our forces, only five percent remains” under control of the Islamic State terror group, an Iraqi military spokesman told Reuters.

Elite forces had liberated the heart of the city “and raised the national flag on top of the citadel building,” a statement from the Iraqi joint operations command said.

Much of the Ottoman-era building was destroyed by the terrorists in 2014.

Such a quick collapse of the Islamic State terror group in the city, which has been a breeding ground for terror groups, would confirm Iraqi military reports that the terrorists lack command and control structures west of Mosul.

Iraqi security forces had retaken 27 out of 29 neighborhoods in Tal Afar by Saturday evening, but in two neighborhoods on the northeast side fighting was continuing, a statement from the Iraqi joint operations command said.

Several villages north of Tal Afar have yet to be retaken, the statement said.

The city, which had a pre-war population of about 200,000, lies on the supply route between Syria and Mosul, 50 miles to the east.

It experienced cycles of sectarian violence between Sunnis and Shiites after the U.S.-led invasion of Iraq in 2003, and has produced some of Islamic State’s most senior commanders.

Mosul’s collapse effectively marked the end of Islamic State’s “caliphate,” but the group remains in control of territory on both sides of the Syrian-Iraqi border, and of Hawija, a city between Mosul and Baghdad that Iraqi officials said would be the next target.

The group is also retreating in Syria, where it is facing two separate offensives, one backed by the U.S. and the other by Russia and Iran.

The number of civilians believed to have remained in Tal Afar at the start of the offensive was estimated at between 10,000 and 20,000 by the U.S. military.

Tens of thousands of people are believed to have fled in the weeks before the battle started. Those remaining were threatened with death by the terrorists, according to aid organizations and residents who managed to leave. On Tuesday, U.N. refugee agency UNHCR said residents were arriving at refugee camps starving and with wounds from sniper fire and mine explosions.