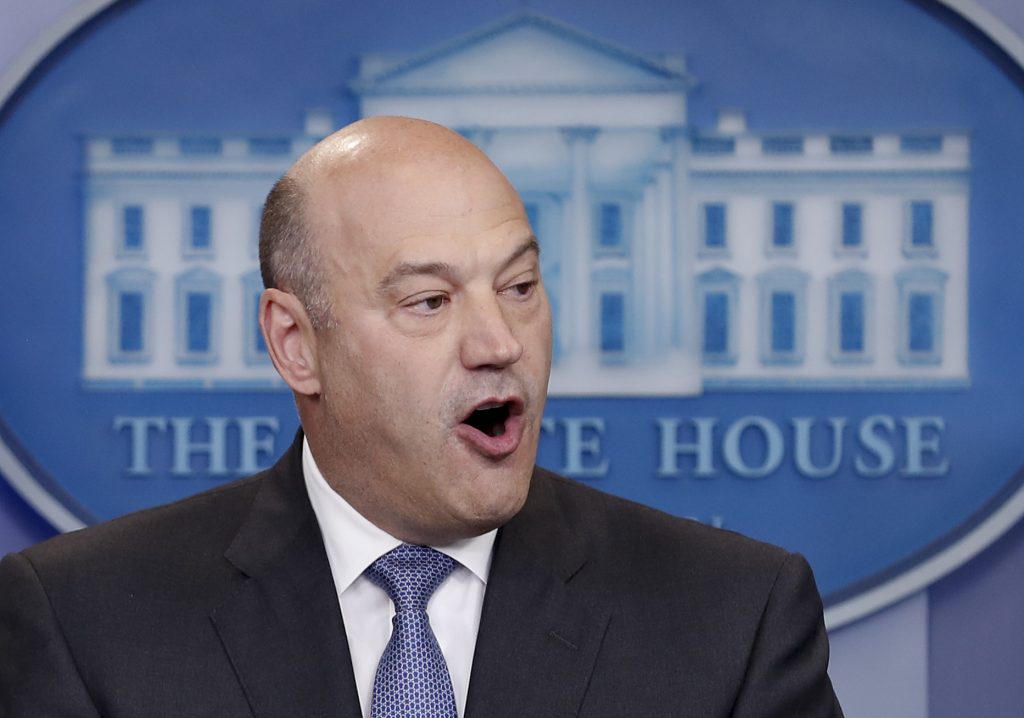 Gary Cohn, President Donald Trump’s top economic adviser, drafted a letter of resignation over the administration’s response to recent clashes between neo-Nazis and anti-racism protesters, but decided to stay on the job, The New York Times reported on Friday.

Cohn spoke publicly about the controversy for the first time in an interview with the Financial Times newspaper, saying the administration needed to clearly reject hate groups. He said there was no equivalence between white supremacists or neo-Nazis and those who protest inequality.

“I believe this administration can and must do better in consistently and unequivocally condemning these groups and do everything we can to heal the deep divisions that exist in our communities,” the former Goldman Sachs president told the newspaper.

“Citizens standing up for equality and freedom can never be equated with white supremacists, neo-Nazis, and the KKK,” he added.

Cohn’s criticism came nearly two weeks after white supremacist and neo-Nazi activists clashed with anti-racism protesters in Charlottesville, Virginia, over a plan to remove a statue of Robert E. Lee, the top Confederate general in the Civil War.

A man thought to have neo-Nazi sympathies drove a car into a crowd of counterprotesters, killing one woman and injuring more than a dozen others. Following the clashes, Trump said there had been violence on “both sides,” remarks that spurred condemnation by both Republicans and Democrats.

Cohn stood nearby during an impromptu Trump Tower news conference as the president insisted there were “very fine people on both sides” in Charlottesville. Cohn considered resigning over Trump’s response, both newspapers reported, citing sources.

Cohn went so far as to draft a resignation letter, The New York Times reported, citing two people familiar with the document.

Cohn told the Financial Times that he felt “compelled to voice my distress over the events of the last two weeks” and came under intense pressure to quit over Trump’s reaction to the incident, but decided against it.

“As a Jewish American, I will not allow neo-Nazis ranting ‘Jews will not replace us’ to cause this Jew to leave his job,” he said, referring to chants by neo-Nazis in Charlottesville.

“I feel deep empathy for all who have been targeted by these hate groups. We must all unite together against them.”

Cohn, the director of the National Economic Council, outlined the administration’s upcoming push to overhaul the nation’s tax code, in the interview with the Financial Times. Cohn said the tax overhaul is the White House’s “number one focus right now” and said the president will be making a major push for changing the nation’s tax system beginning next week. Trump is expected to rally support for a tax overhaul at an event next Wednesday in Springfield, Missouri. Administration officials have argued that lowering personal and business tax rates would generate millions of jobs and spur faster economic growth.