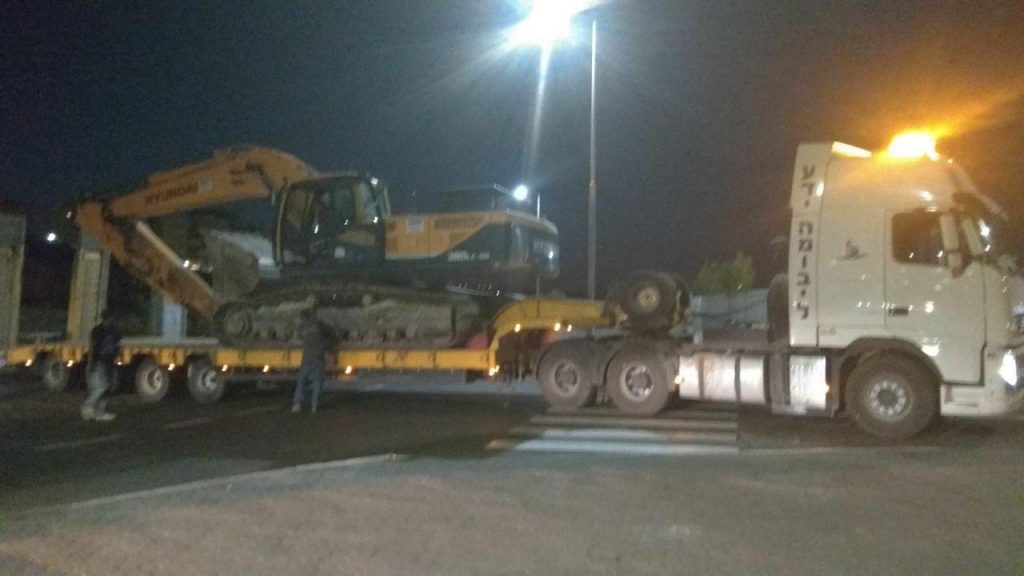 Yet another truck hit a bridge over an Israeli road Thursday night – the fourth such incident in ten days. The latest incident occurred inside Efrat, when a truck with an oversized load rammed into a pedestrian bridge on a main street in the city. B’chasdei Shamayim, there were no people on the bridge at the time, and no injuries were reported – despite the fact that the bridge was significantly damaged, with concrete falling onto the road and sidewalks. A major traffic jam ensued, and was only cleared out hours latter.

Investigators are examining the bridge Friday to determine if it can be salvaged, or is in danger of further collapse. Police have closed the road while engineers inspect the site.

Earlier this week, there were two incidents of a truck hitting a bridge in the Tel Aviv area. One occurred Wednesday, when a truck hit a bridge at the La Guardia exit of the Ayalon Highway in south Tel Aviv. No one was injured in the incident, but traffic was backed up for hours as police investigated the bridge.

A day earlier, another truck rammed into a bridge near Ben Gurion airport. In that incident as well there were no injuries, but again police closed down the road while an investigation ensued.

The most serious incident occurred a week ago Monday, when a pedestrian bridge on Road 4 collapsed smack in the middle of rush hour – and with the bridge collapsing on a portion of the road where there were no exits. Drivers had no choice but to wait until police figured out ways to get around the mess that had ensued when the “Coca-Cola Bridge” came tumbling down, completely blocking both sides of the three-lane highway. The driver of the truck, Elichai Tederi, z”l, was killed in that incident.