National U.S. Navy: Body Found by Malaysia Not One of McCain’s Missing
National 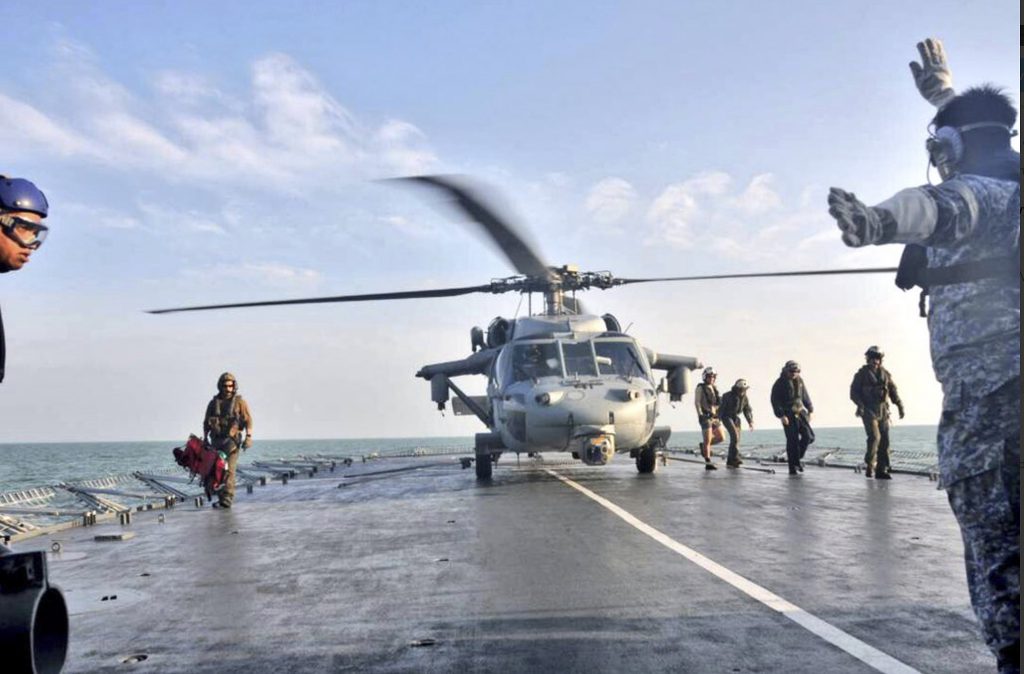 A body found at sea by Malaysian forces is not one of the sailors missing after a collision between the USS John S. McCain and an oil tanker, the Navy’s 7th Fleet said Thursday, as more Marine Corps divers joined a search of the destroyer’s flooded compartments.

The remains found earlier in the week by the Malaysian Navy were medically examined and will be returned to Malaysian authorities, the fleet said in a statement.

At least five of the 10 missing sailors have been identified by relatives. Divers have found remains in flooded compartments of the McCain, which is docked at Singapore’s naval base, but the Navy has not disclosed specifics.

Several navies are searching seas east of Singapore where the collision happened early Monday and the search area continues to expand, the Navy said. More Marine Corps divers have arrived in Singapore to help with the search of the McCain’s interiors spaces, it said.

The commander of the 7th Fleet was relieved of duty Wednesday following two collisions and two other incidents this year that raised questions about its operations in the Pacific.

The firing of Vice Adm. Joseph Aucoin, a three-star admiral, was a rare dismissal of a high-ranking officer for operational reasons.

Seven sailors died in June when the destroyer USS Fitzgerald collided with a container ship off Japan.