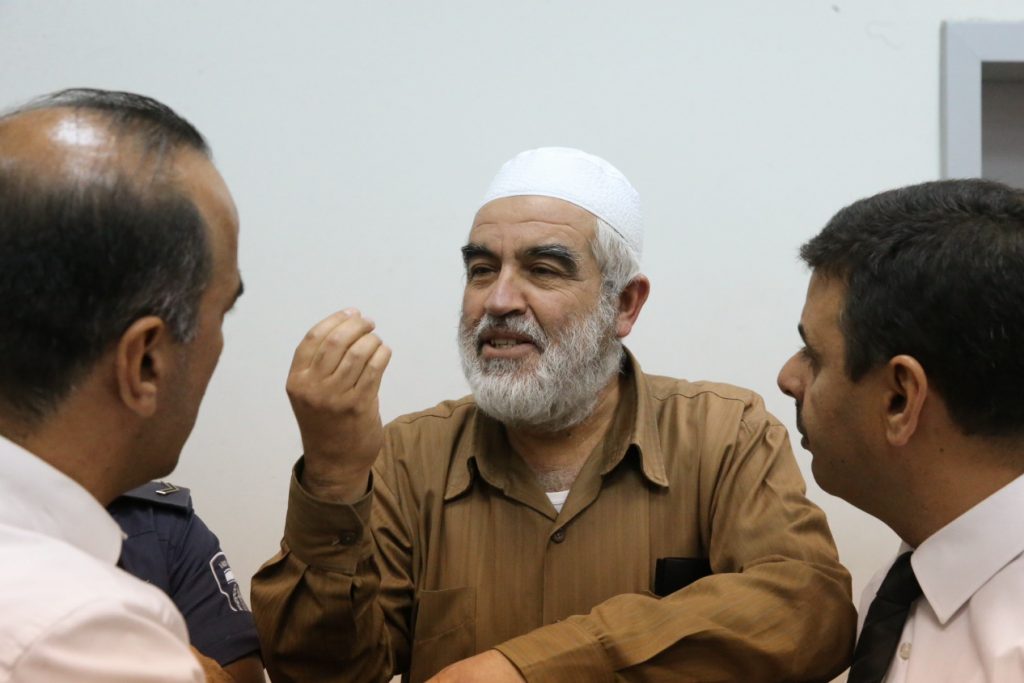 An Israeli court on Thursday charged the notorious Islamic cleric Sheikh Raed Salah, a leading member of the outlawed Northern Branch of the Islamist Movement, with incitement to terrorism in connection with the terror attack on Har Habayis last month that left two Israeli policemen dead.

Among incitement incidents mentioned in the charge sheet at the Haifa Magistrate’s Court was a speech given by Salah at the funeral in the Arab Israeli city of Umm al-Fahm of the three men who carried out the Har Habayis shootings. Like Salah, they were from Umm al-Fahm.

In his speech, Salah praised the three attackers as “martyrs.”

Salah was also charged with membership in an illegal organization for his continued involvement in the Northern Branch. It was banned in late 2015 following accusations it maintained links to terror groups and for fomenting a wave of violence that saw dozens of deaths in stabbing, car-ramming and shooting attacks.