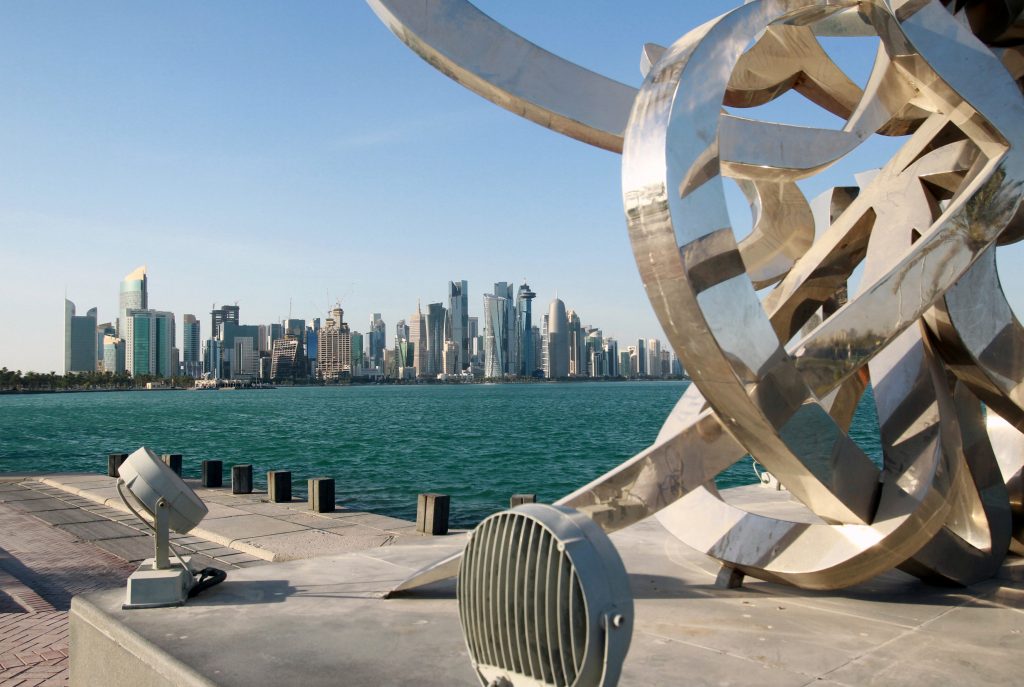 Qatar restored full diplomatic relations with Iran early Thursday, disregarding the demands of Arab nations now locked in a regional dispute with the energy-rich country that it lessen its ties to Tehran.

In announcing its decision, Qatar did not mention the diplomatic crisis roiling Gulf Arab nations since June, when Qatar found its land, sea and air routes cut off by its neighbors over Doha’s policies across the Mideast.

However, the move comes just days after Saudi Arabia began promoting a Qatari royal family member whose branch of the family was ousted in a palace coup in 1972.

“Qatar has shown it is going to go in a different direction,” said Kristian Coates Ulrichsen, a research fellow at the James A. Baker III Institute for Public Policy at Rice University who lives in Seattle. “It could very well be calculated toward reinforcing the point that Qatar will not bow to this regional pressure placed upon it.”

Qatar’s Foreign Ministry announced early Thursday that the country’s ambassador would return to Tehran. Qatar pulled its ambassador in early 2016 after Saudi Arabia’s execution of a prominent Shiite cleric sparked attacks on two Saudi diplomatic posts in Iran, a move to show solidarity with the kingdom.

“The state of Qatar expressed its aspiration to strengthen bilateral relations with the Islamic Republic of Iran in all fields,” a short Foreign Ministry statement said.

Despite recalling its ambassador in 2016, Iran and Qatar maintained their valuable commercial ties. Qatar and Iran share a massive offshore natural gas field, called the South Pars Field by Tehran and the North Field by Doha.

That gas field’s vast reserves made Qataris have the highest per capita income in the world, as well as funded the nation’s Al-Jazeera satellite news network and secured hosting the 2022 FIFA World Cup.

Since the diplomatic dispute with Arab nations began in June, Iran has sent food shipments to Qatar. Shiite power Iran also has incorporated the crisis into its regular criticism of the Sunni-ruled Saudi Arabia, part of the two Mideast powers’ long-running proxy war.

There was no immediate reaction from the Arab nations boycotting Qatar. On Wednesday, the Central African nation of Chad announced it would close its embassy in Doha, accusing Qatar of trying to destabilize it from neighboring Libya.

The diplomatic crisis began June 5, when Bahrain, Egypt, Saudi Arabia and the United Arab Emirates cut ties to Qatar over allegations including funding terrorists and being too close to Iran. Qatar long has denied funding terrorists.

The boycotting countries later issued a list of 13 demands to Qatar, including that Doha shut its diplomatic posts in Iran. Qatar ignored the demands and let a deadline to comply pass, creating an apparent stalemate in the crisis. Attempts by Kuwait, the U.S. and others have failed to make headway.

In recent days, however, Saudi Arabia announced it would allow Qataris to make the annual hajj pilgrimage, which is required of all able-bodied Muslims once in their life. Saudi state media said that came in part due to an intercession by Qatari royal family member Sheikh Abdullah Al Thani, who met with Saudi Crown Prince Mohammed bin Salman and later a vacationing King Salman in Morocco.

But Sheikh Abdullah has no role in Qatar’s government and his last position was as head of the equestrian and camel racing federation decades ago. Sheikh Abdullah’s grandfather, father and brother were rulers of Qatar until a palace coup ousted his branch of the royal family in 1972 and a prominent Saudi columnist has suggested the sheikh could be the start of a Qatari government-in-exile.

Ulrichsen cautioned that so far, the Saudi moves appeared to be more needling than anything else.

“Given that a formal escalation in terms of sanctions is probably off the table for now, we’re seeing this informal pressure on Qatar … to try and perhaps stir the pot,” the professor said. “I think the informal pressure is increasing because of the lack of formal alternative measures they can realistically hope to place on Qatar.”