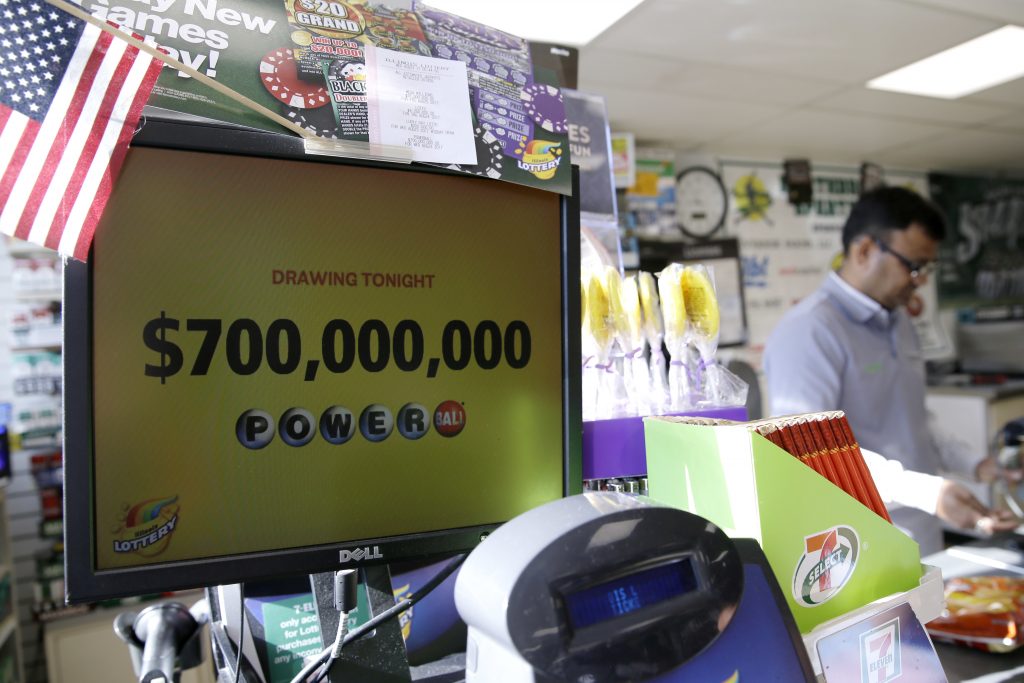 A single winning ticket has been sold for the massive Powerball $758.7 million jackpot in Wednesday night’s drawing. The winning ticket was sold in Chicopee, Massachusetts.

The lucky numbers from Wednesday night’s drawing are 6, 7, 16, 23 and 26, and the Powerball number is 4. The Massachusetts State Lottery announced Thursday morning that the winning ticket was sold at the Pride Station & Store location in Chicopee, Massachusetts.

In a statement early Thursday, McIntyre also says six other tickets won $2 million apiece, and 34 more are worth $1 million.

Lottery players across the U.S. scooped up $2 Powerball tickets in hopes of beating the odds and winning the massive jackpot in Wednesday night’s drawing.

The $758.7 million jackpot is second only to a $1.6 billion prize shared by three people in January 2016. The current jackpot refers to the annuity option, doled out in 30 payments over 29 years, increasing 5 percent annually. Nearly all winners favor the cash option, which would now be $480.5 million. The advantage of taking cash is that people can invest the money with hopes of a greater return than the guaranteed payments they would receive through the annuity. The downside is they’ll pay a little more in taxes and won’t have the certainty of giant annual paychecks for decades.

The reason the prize is so large is because there hasn’t been a Powerball jackpot winner since June 10. After someone wins the jackpot, the prize will drop to $40 million, then resume its growth.