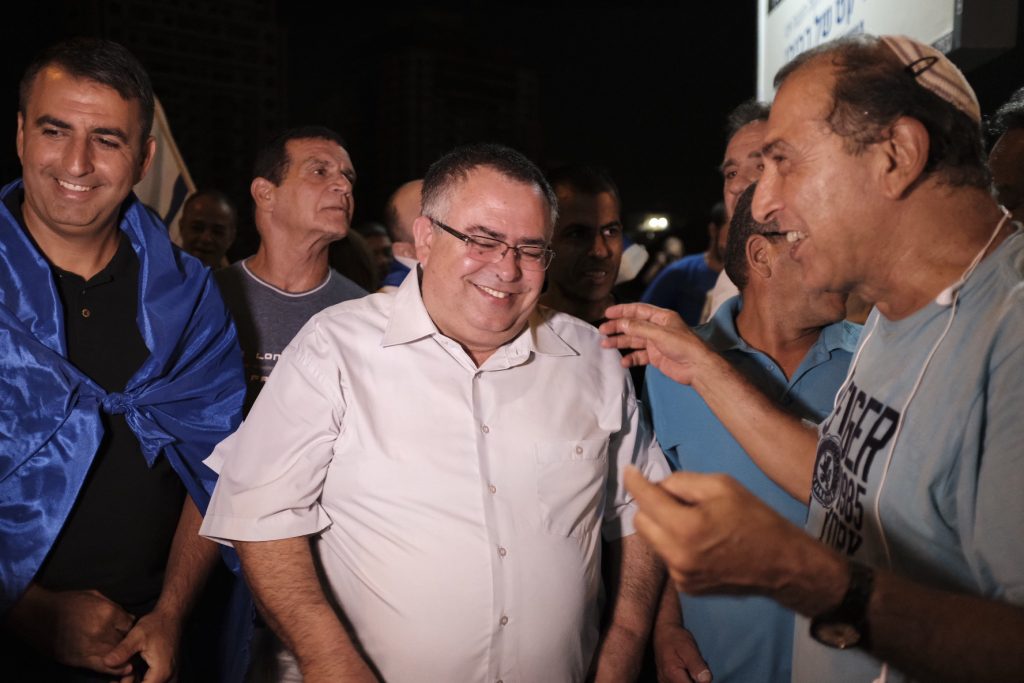 After being banned by police for a week, protesters demanding that State Attorney Avichai Mandelblit act more aggressively in corruption investigations against Prime Minister Binyamin Netanyahu will apparently be back in a traffic circle outside Mandelblit’s Petach Tikvah home. In a decision Thursday responding to a petition by protest groups demanding the right to conduct demonstrations on Saturday nights, as well as counter-petitions by residents that the protesters be banned from the area of Mandelblit’s house, the High Court ruled that protests should be allowed to continue.

The approximately 2,000 people who have been attending the anti-Netanyahu protests over the past three months led residents to demand that the protesters be banned from the area for disturbing the peace in a residential area. While residents have a right to quiet, especially at night, the court said that the protests have an even greater right to demonstrate.

“The right of residents to quiet does not even come close to the right of free expression and protest,” the court said in its decision, adding that the desire for quiet “ranks very low in the balance of whether or not to allow protests.” The traffic circle, the court said, had itself “become a symbol of protests in and of itself.”

With that, the court said, protests of up to 500 people could be permitted, in order to alleviate some of the suffering of residents. That figure, presumably, would include pro-Netanyahu protestors, who several weeks ago gathered in a counterprotest against the anti-Netanyahu group.

Despite the police ban against protests last Saturday night, anti-Netanyahu protesters again demonstrated, this time outside the Petach Tikvah police station, in a demonstration that police termed violent. Police arrested two of the organizers of the march – journalist and Ehud Barak adviser Eldad Yaniv, and Meni Naftali, a former employee of the Prime Minister’s Residence, who claimed that Sarah Netanyahu was guilty of corruption. The two were accused of egging on demonstrators and urging them to disobey police. The two were released the next day.

The arrests were widely criticized by media figures and leftist MKs. MK Yoel Hasson (Zionist Camp) said that the arrests and attempts by police to block marchers were “another sign of the deterioration of democracy. There is a clear connection with the Likud protest last week and the violence demonstrated by police this week. There is a clear hand involved here turning police into a political tool.”

MK David Bitan (Likud) said that he “congratulated police for preventing the left from marching on Mandelblit’s home. It is about time that the anarchists among us learn that they cannot impose their will on us with violence, and that the undemocratic attempt to intimidate the state attorney by causing suffering and inconvenience for residents is illegal and immoral. We in the Likud decided to respect the police order and we did not hold a demonstration this week.”