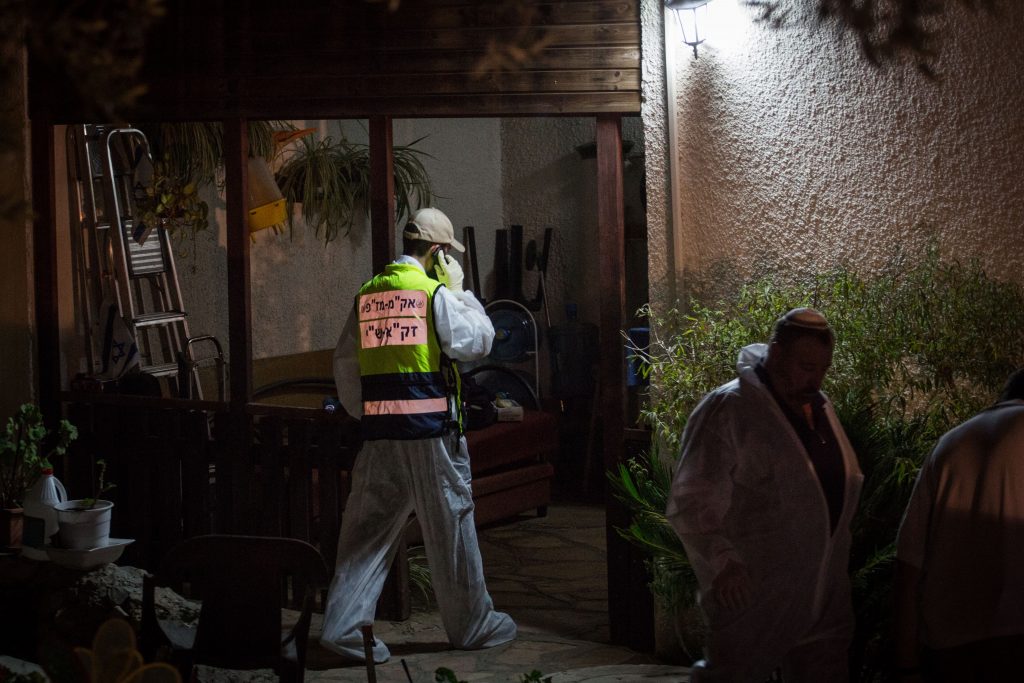 An indictment was handed down Thursday against Omar Abd al-Jalil, the terrorist who murdered the three members of the Salomon family a month ago as they were celebrating Shabbos in their home in the Binyamin town of Chalamish. Al-Jalil is charged with three counts of murder, conspiracy to commit terror acts, illegal possession of a weapon and other security-related crimes. Last week, IDF soldiers demolished the home of Al-Jalil’s family.

Al-Jalil left his house in the village of Kubar, located next to Chalamish, on the fateful Friday night and proceeded on foot to the Chalamish home. The family had just finished dinner and was awaiting the arrival of guests for a shalom zachar to celebrate the arrival of a new grandson.

Al-Jalil’s stabbing spree was halted when an off-duty IDF soldier who lived across the street rushed into the Salomon home after hearing screams coming from the house. He opened fire and hit al-Jalil, injuring him moderately. Elad Salomon’s wife Michal was able to take refuge in an inner room in the house, protecting her children from the murderer.

Besides carrying out the Chalamish attack, al-Jalil apparently had planned other attacks against Israelis. He had been in contact with a resident of Gaza, and the two had planned several attacks against IDF soldiers and civilians, prosecutors said. The military prosecutor’s office asked the court Thursday to extend al-Jalil’s remand until the end of proceedings against him.

Also facing indictment Thursday was Northern Islamic Movement head Raed Salah who is charged with inciting to terror. Salah was arrested last week because of incendiary speeches he has been giving in recent weeks, accusing Israel of “taking over Har HaBayis.” Among the charges are specific incidents from recent weeks, including speeches he gave at the funerals for the terrorists killed in the terror attack on Har HaBayis that left two Israeli police officers dead.