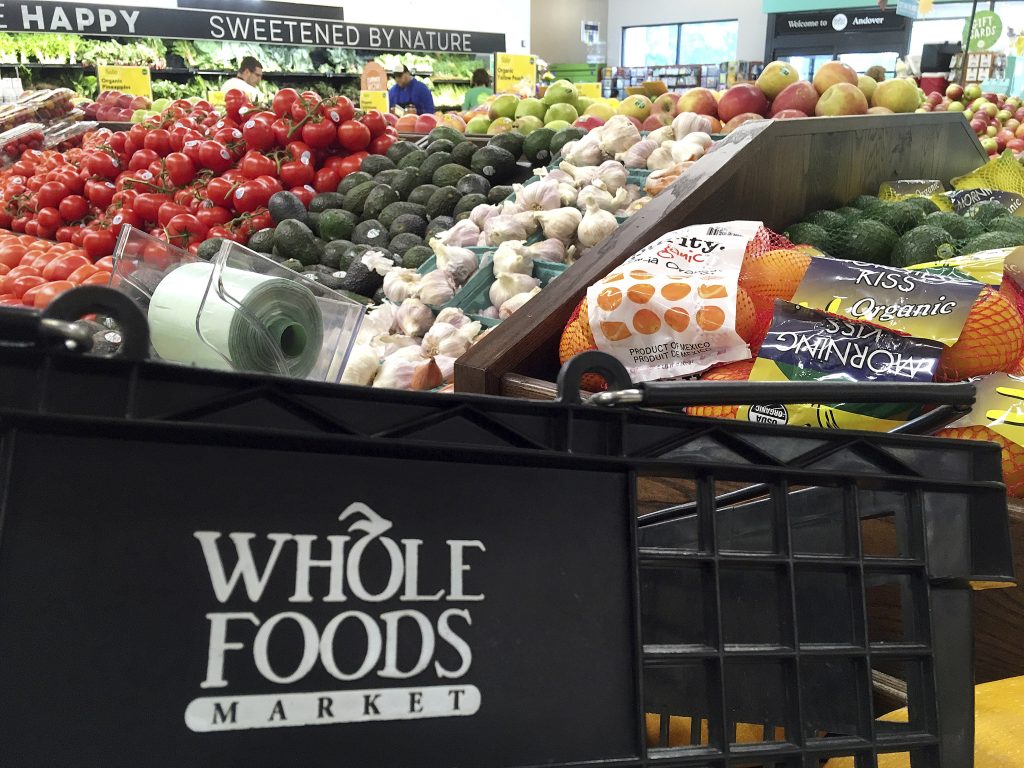 That approval is one of the steps required to close the deal, which is a bold move into physical stores for Amazon and has the possibility of making big changes to the supermarket industry and online grocery ordering. The deal also needs the go-ahead from government regulators.

By buying the organic grocery chain, Amazon will get more than 460 stores and potentially very lucrative data about how shoppers behave offline.

Rivals are scrambling to catch up with the e-commerce giant. Walmart, for example, is expanding its grocery delivery service with ride-hailing service Uber and announced Wednesday that it will join forces with Google to let shoppers order goods by voice on Google devices.

The deal may also breathe new life into Whole Foods, which had been under intense shareholder pressure to improve results and retain customers who have more choices about where to get natural foods. As Whole Foods grew, more supermarkets offered similar organic and natural foods, but at cheaper prices.

Amazon and Whole Foods have not given many details about what might change for customers, though Whole Foods CEO John Mackey gave some general clues at a town hall with employees after the deal was announced. He said he thought Amazon would help with efforts on cost-cutting and a loyalty program. He noted Amazon is known for its innovation and said that company could turn Whole Foods from “the class dunce” to “valedictorian.”

As part of the deal, Amazon will pay Whole Foods shareholders $42 for each share they own. That was an 18 percent premium from its stock price the day before the tie-up was announced on June 16. Shares of Whole Foods Market Inc. were trading at $41.72 on Wednesday.

Earlier this month, Amazon.com Inc. sold $16 billion of bonds in order to pay for Whole Foods. Seattle-based Amazon has said it expects the deal to close before the end of the year.