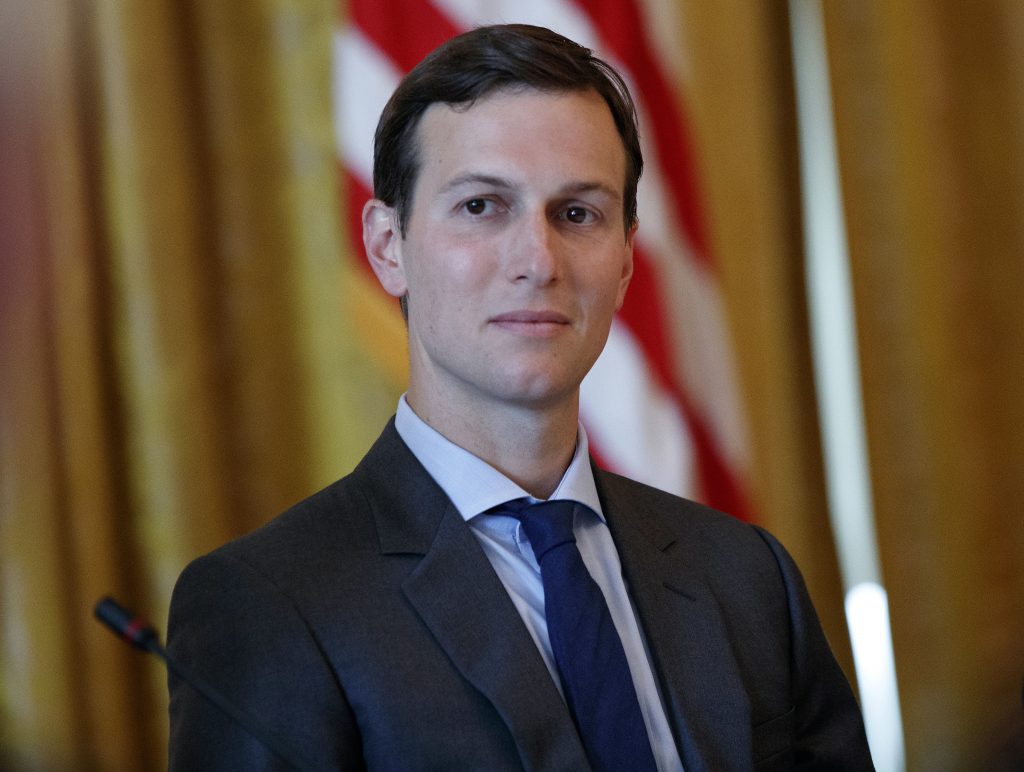 White House adviser Jared Kushner is leading a delegation to the Middle East on behalf of President Donald Trump to discuss the possibility of resuming the Israeli-Palestinian peace process.

They were in the Persian Gulf on Tuesday and expected to be in Israel later Wednesday, the official said. They were planning to meet separately with Prime Minister Binyamin Netanyahu and Palestinian leader Mahmoud Abbas on Thursday.

The official was not authorized to publicly discuss the private meetings and spoke on condition of anonymity.

The three were expected to meet leaders from Saudi Arabia, the United Arab Emirates, Qatar, Jordan and Egypt during their trip.

Kushner, Greenblatt and Powell have been heavily involved in a behind-the-scenes process to help President Trump broker peace between the Israelis and Palestinians, which the first-year president has called the “ultimate deal.”

The talks this week are aimed at helping forge a path to substantive peace negotiations, but no major breakthroughs are expected.

In Saudi Arabia on Tuesday, Kushner and other U.S. officials met Crown Prince Mohammed bin Salman, according to a report on the state-run Saudi Press Agency. Their talks included “realizing a genuine and lasting peace between the Palestinians and the Israelis, and to bring about security, stability and Middle Eastern prosperity,” as well as cutting off support for extremists, the report said.

The trip to Saudi Arabia comes as no surprise as the kingdom hosted the first overseas trip of Trump’s presidency. Saudi Arabia is now engulfed in a diplomatic dispute with Qatar, another U.S. ally nation in the Gulf that hosts a major American military base. Qatari media reported that Kushner and the American officials also met that small country’s ruling emir on Tuesday.