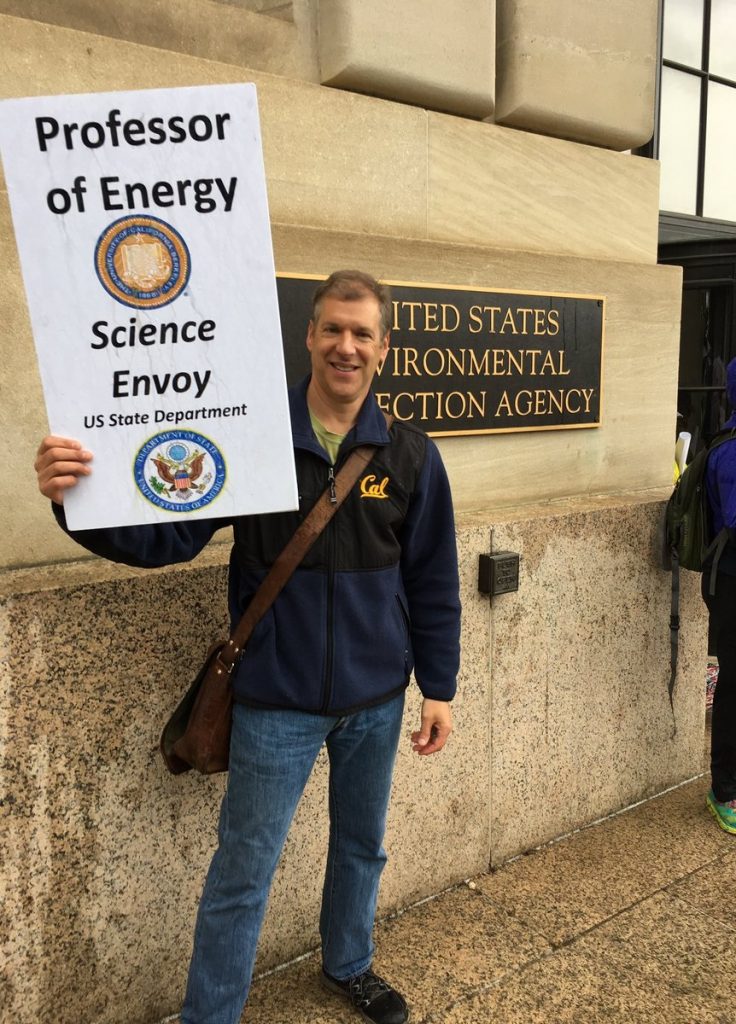 Daniel Kammen, a renewable energy expert appointed last year as a science envoy to the State Department, resigned Wednesday, citing President Donald Trump’s response to the violence in Charlottesville, Virginia, as the final straw that led to his departure.

In a resignation letter posted to Twitter, Kammen wrote that Trump’s remarks about the racial violence in Virginia had attacked “core values of the United States” and that it would have “domestic and international ramifications.”

Demonstrations by white supremacist groups on Aug. 12 turned deadly after a neo-Nazi plowed a car into a crowd, killing one counterprotester and injuring at least 19 other people in Charlottesville. Two police officers were also killed when their helicopter crashed.

Trump’s initial response was widely criticized, even by some by members of his own political party, for being insufficient and vague. Though the president later condemned the hate groups, he went on to effectively undo his conciliatory remarks by giving an off-the-rails news conference days later in which he once again blamed “both sides” in Charlottesville.

Kammen, who was appointed during Barack Obama’s presidency, said it would be unconscionable for him to continue serving the administration after those remarks. He said he stood with “the unequivocal and authoritative statements” of a slew of other public officials, both Democratic and Republican.

“Acts and words matter,” Kammen wrote. “To continue in my role under your administration would be inconsistent with the principles of the United States Oath of Allegiance to which I adhere.”

However, his most biting message may have come in the form of a hidden acrostic; the first letter of each paragraph spelled out “I-M-P-E-A-C-H.”

The State Department appointed Kammen, an energy professor at the University of California, Berkeley, as one of five U.S. science envoys in March 2016. At the time, Kammen said he would be working on various global energy initiatives, as well as “the wider Paris Accord.”

In his resignation letter, Kammen also cited other concerns that predated Trump’s Charlottesville comments, including the president’s decision to withdraw from the Paris climate accord in June.

“Today, Dr. Daniel Kammen made a personal decision to resign. We appreciate his dedicated service to U.S. scientific diplomacy during his appointment working on energy efficiency and renewable energy in Africa as a Science Envoy,” a State Department representative said. “Margaret Leinen and Tom Lovejoy are current Science Envoys. The State Department’s Science Envoy program supports the establishment, strengthening, and mobilization of regional and global networks of scientists to advance U.S. science and technology priorities and solve real-world problems.”

Kammen did not immediately respond to a request for comment Wednesday.