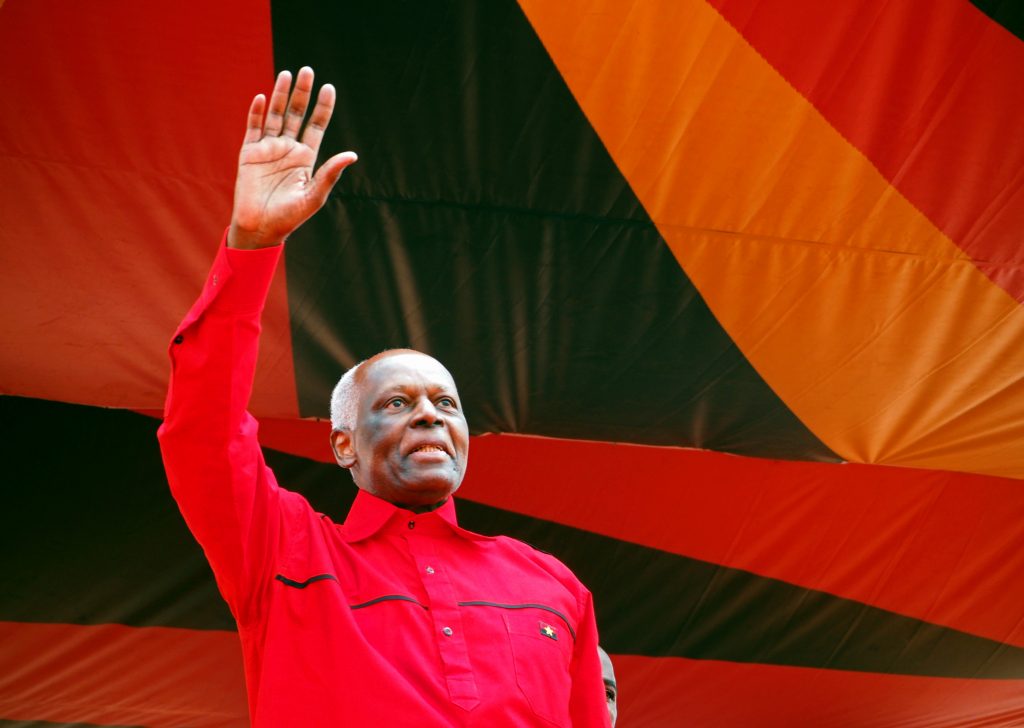 Voting ended in a landmark Angolan election that will bring about the first leadership change in almost four decades for Africa’s second-biggest oil producer.

“D-day has arrived,” Domingos Francisco said Wednesday as he stood in line behind dozens of voters outside a blue tent that served as a polling station in the Rangel neighborhood in Luanda, the capital. “I arrived at 5 a.m. because I was anxious to vote.” Balloting ended at 6 p.m. in most of the country, Zimbo TV reported.

Jose Eduardo dos Santos, Africa’s second-longest serving ruler who led Angola through a civil war, an oil-fueled boom and a bust, is stepping down after 38 years in power. Defense Minister Joao Lourenco, the ruling Popular Movement for the Liberation of Angola’s presidential candidate, is widely expected to win the vote, according to Ricardo Soares de Oliveira, an Oxford professor and the author of a postwar study on Angola.

A defeat of the ruling party is “almost unimaginable,” Soares de Oliveira said in an emailed response to questions. “The most probable outcome remains an MPLA victory, but with a much enhanced performance by the opposition.”

Dos Santos, 74, is credited for rebuilding Angola with income from oil through glitzy infrastructure projects. At the same time, some of his family members accumulated fortunes, while a third of the population still lives in poverty, according to the World Bank. His eldest daughter, Isabel, is Africa’s richest woman, with an estimated wealth of $2.3 billion, according to the Bloomberg Billionaires Index.

Lourenco made the fight against corruption and poverty the centerpiece of his campaign. If elected, he will face the challenge of reversing the worst downturn since the country emerged from civil war in 2002, according to Manuel Alves da Rocha, chief economist at the Catholic University of Angola in Luanda.

“It’s not enough to say there’s a need to improve the economy and the financial sector,” Alves da Rocha said. “We need concrete measures because the situation is serious.”

The Angolan economy, sub-Saharan Africa’s third-largest, has been crippled by oil prices that have halved since mid-2014 and led to zero growth for 2016, an inflation rate of 30 percent and a shortage of dollars. Angola depends on oil for more than 90 percent of its export earnings.

Lourenco, a 63-year-old army general, may have limited room for maneuver if he is given the keys to the presidential palace overlooking the bay of Luanda. Dos Santos will remain MPLA chairman until at least 2018 and is likely to influence politics even after he steps down.

Six parties are competing for 220 seats in parliament and the person heading the list of candidates for the winning party becomes president for a five-year term. About nine million of Angola’s estimated 27 million people have been registered to vote, and the results have to be announced within 15 days, according to the National Electoral Commission.

Officials from the main opposition party, the National Union for the Total Independence of Angola, and the smaller opposition party, Casa-CE, have questioned the neutrality of the electoral commission. They’ve also accused state media of giving too much airtime to the ruling party, criticized the geographic allocation of polling stations and complained of difficulties registering opposition officials to monitor the vote.

UNITA, which lost the civil war against the MPLA, has threatened to hold protests if it considers the elections unfair but excluded a return to armed conflict. “We’ve seen what war is,” Unita leader Isaias Samakuva said at his party’s final campaign gathering.

Dos Santos, flanked by his wife and dozens of bodyguards, didn’t speak to the media when he arrived in a black Mercedes-Benz to cast his vote at a school in downtown Luanda.

The voting process was going smoothly and there were no incidents reported, according to Manuel Pinto da Costa, a member of a team of election observers for the Community of Portuguese Language Speaking Countries.