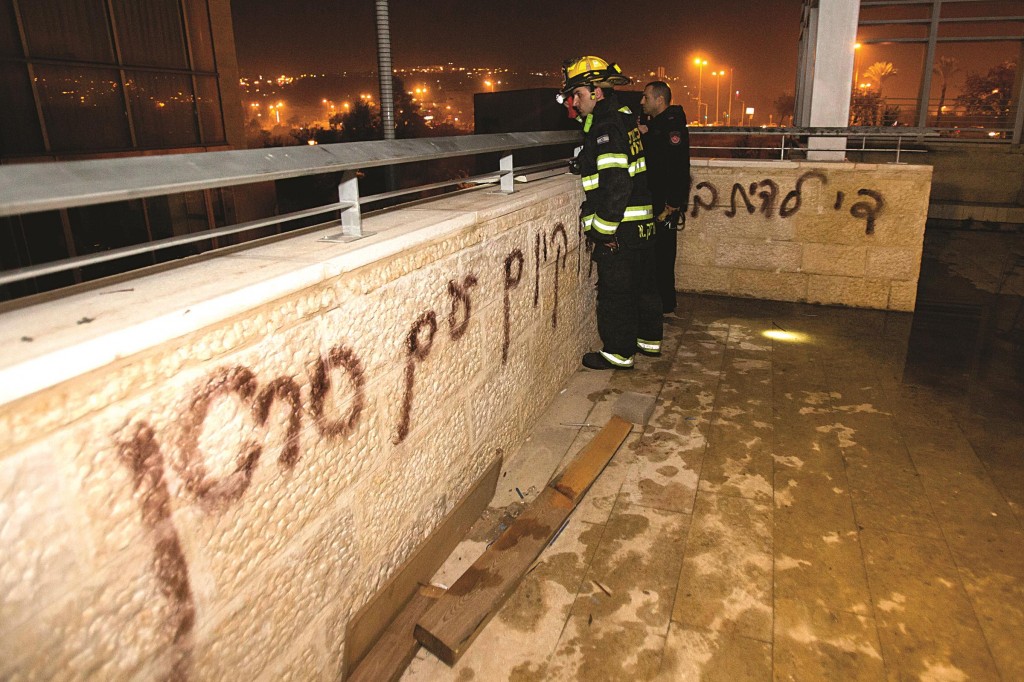 Police have arrested a 39-year-old resident of central Israel whom they say was responsible for a series of attacks on a wide range of targets – including a Reform synagogue and the homes of professed atheists. Police raided his home and collected evidence. The suspect was detained, and police plan to request an extension of his remand.

The story stretches back to 2014, when graffiti began appearing on a synagogue in Ra’anana and on the homes of prominent and outspoken atheists. In one instance, a knife was planted at the home of an outspoken anti-religious professor in Yerushalayim.  The attacker is also accused of planning attacks against both religious leaders and other prominent atheists.

Police said that the culprit was motivated by hatred. Evidence from the numerous instances in which the individual acted tied him to a number of crimes, police said. Besides an extension of his remand, police will also recommend that he be examined by psychologists.