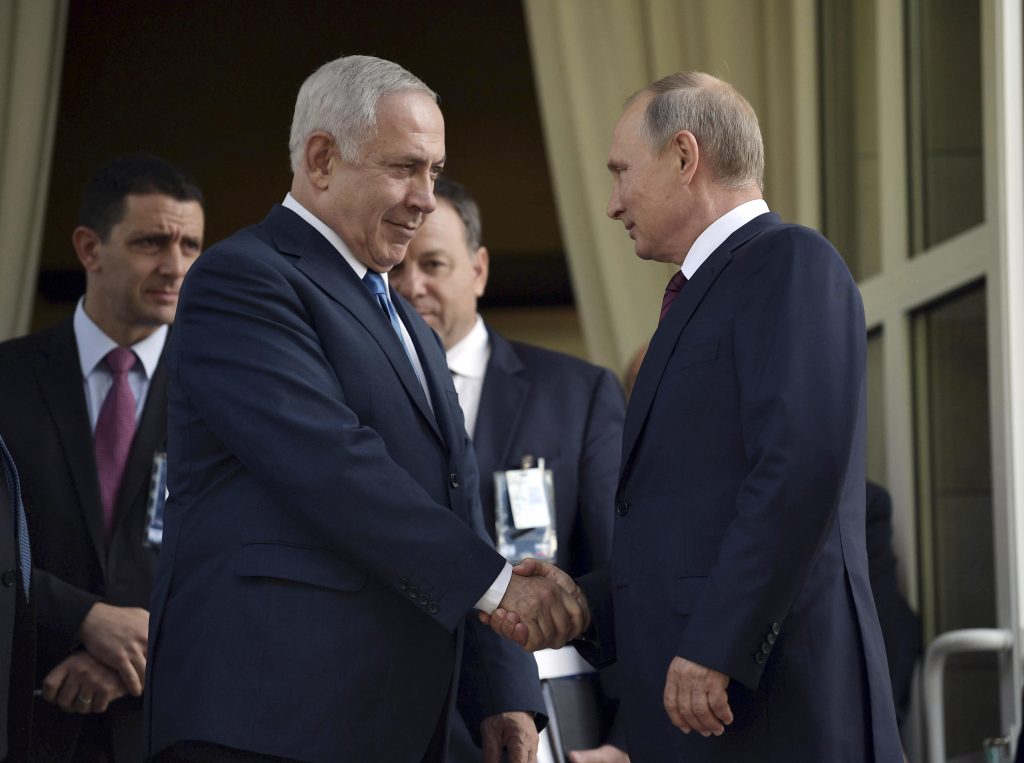 Prime Minister Binyamin Netanyahu affirmed Israel’s support for Russian participation in a memorial project at the Sobibór Nazi death camp at his meeting with President Vladimir Putin on Wednesday, though he made no promise to reverse Poland’s decision to exclude Russia.

Russia was infuriated by the refusal of the Poles to let Russia take part, but Israel became embroiled in the dispute as well as they blamed it for not prevailing on Warsaw to accommodate Moscow’s interest in the multinational memorial.

Initially, Russia was invited to join by Poland and the other participating countries including Israel, the Netherlands and Slovakia. Russia accepted the invitation. But then, last July, Poland announced that the project’s International Steering Committee had taken Russia off the list of participants after talks broke down.

A report on Ynet stated that Netanyahu promised that “Israel will intervene to make sure Russia will be able to participate” in the project, but so far there has been no commitment to that effect announced by Israel. The official Russian statement merely noted Netanyahu’s “support” for Russia on the issue.

The Russian news agency TASS quoted Netanyahu on Wednesday as saying: “We, including myself, never forget the historical role Russia and the Soviet army played in the victory over Nazism.”

“The Israeli parliament reaffirmed this just recently. As you know very well, Mr. President, this is the reason why I initiated the idea of erecting a special monument in Netanya commemorating the Liberator Soldier, the soldier of the Soviet army. You attended the inauguration of that monument. In that context, Israel cannot oppose Russia’s participation in a very important project at the former concentration camp Sobibór.”

The uprising at the Sobibór camp was led by Alexander Pechersky, a Jewish Red Army officer who is regarded as a World War II hero in Russia, and the country has been sensitive about what it perceives as the failure of other countries to give him due recognition.

However, in prior media reports, Zakharova had been more than just surprised. In an unusually harsh statement, she declared in an interview in Russia that “Israel’s position, to allow Russia’s exclusion of the project, is bordering on historical betrayal.”

In addition, the Ministry summoned Israel’s Ambassador to Moscow Gary Koren for clarification of Israel’s position at the time. Ambassadors from several European countries were also called in for what the ministry termed “a serious conversation.”

Israel’s Foreign Ministry spokesman Emmanuel Nahshon said in July that “the relevant parties in Israel, including the Ministry of Foreign Affairs and Yad Vashem, are not opposed to the inclusion of Russia in the international committee.”