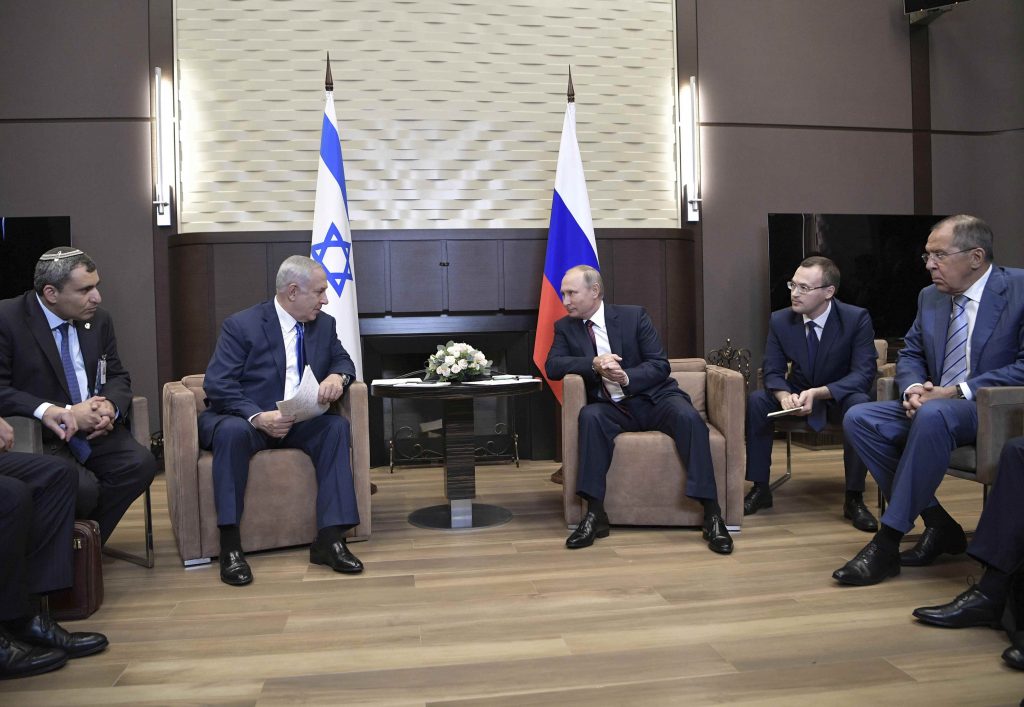 “Mr. President, with joint efforts we are defeating Islamic State, and this is a very important thing. But the bad thing is, that where the defeated Islamic State group vanishes, Iran is stepping in,” Netanyahu told Putin during talks at Russia’s Black Sea resort of Sochi.

“We cannot forget for a single minute that Iran threatens every day to annihilate Israel,” Netanyahu said. “It [Iran] arms terrorist organizations, it sponsors and initiates terror.”

Netanyahu also said that “Iran is already well on its way to controlling Iraq, Yemen and to a large extent is already in practice in control of Lebanon.”

Putin, in the part of the meeting to which reporters had access, did not address Netanyahu’s remarks about Iran’s role in Syria.

Russia intervened in Syria on behalf of Syrian President Bashar al-Assad in 2015, its forces fighting what it deems Islamist terrorists. Russia is acting in partnership with Iran and Lebanon’s Hezbollah group, Israel’s arch-foes.

In the past few months, Russia has been the main broker of de-escalation zones set up in Syria. Israel worries those zones will allow Iranian troops and Hezbollah forces to deploy in greater strength.

Moscow argues its big-power clout deters Iran or Hezbollah from opening a new front with Israel.

Netanyahu and Putin met in Russia’s Black Sea resort of Sochi for their sixth series of talks since September 2015.

Meanwhile, Ali Akbar Salehi, Iran’s atomic chief said Tuesday the Islamic Republic needs only five days to ramp up its uranium enrichment to 20 percent, a level at which the material could quickly be further enriched for use in a nuclear weapon.

Salehi’s warning, along with recent comments by President Hassan Rouhani, show Iran is willing to push back against President Donald Trump while still acknowledging it wants to keep the deal, which lifted crippling economic sanctions.

“If there is a plan for a reaction and a challenge, we will definitely surprise them,” said Salehi, who also serves as one of Rouhani’s vice presidents. “If we make the determination, we are able to resume 20 percent enrichment in at most five days.”

He added: “Definitely, we are not interested in such a thing happening. We have not achieved the deal easily to let it go easily. We are committed to the deal and we are loyal to it.”