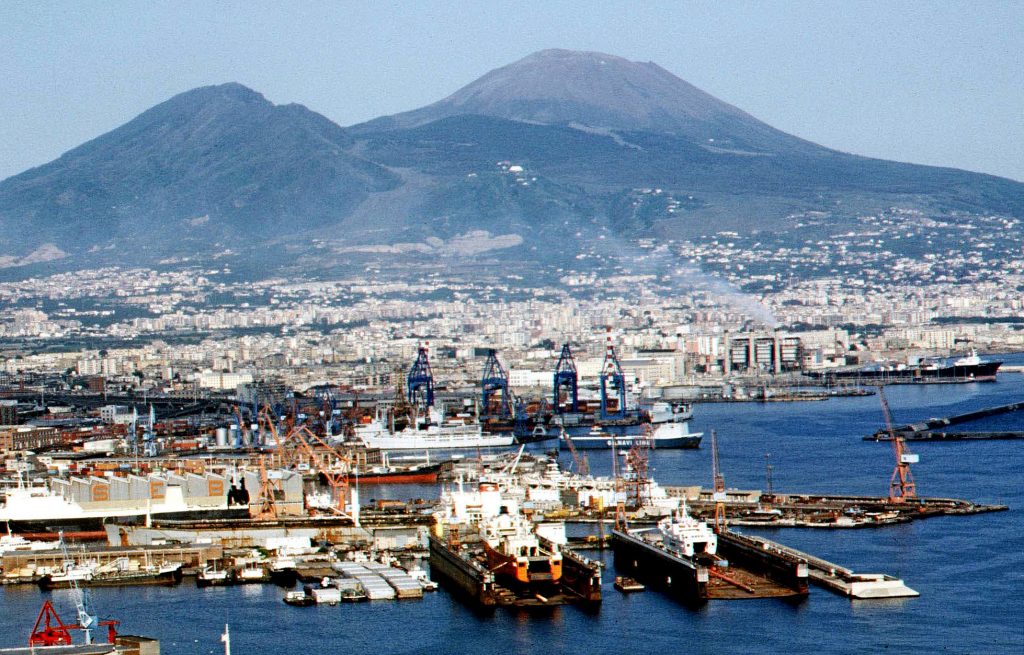 Italy is in the midst of a self-imposed crisis involving two basic facts about Mount Vesuvius. First, Vesuvius, in the southern region of Campania, is an active volcano capable of erupting at any time and powerful enough to destroy entire cities, as it did to ancient Pompeii and Herculaneum in C.E. 79.

Second, the mountain is one of the centers of a national “squatter” crisis, with more than 700,000 people illegally living on its slopes.

An estimated 6 million people live in illegally constructed homes across Italy, the result of decades of state mismanagement, ranging from ineptitude to outright corruption. Italy urbanized rapidly in the mid-20th century, and the state proved incapable, or unwilling, to alter its laws to facilitate the necessary construction or city planning. Instead, developers rapidly built shoddy homes that met public demand, even if they didn’t meet public building codes. Italians often cite the city of Palermo as an example of the cultural damage wrought by this process in the 1950s and 1960s. Instead of restoring the war-damaged city for a growing population, mafia-run construction firms paved over much of the historical city and built unsightly and unregulated high-rises on top of it.

The Italian government’s traditional response to this self-imposed problem has been to tacitly encourage – and, for a price, even explicitly collude in – a circumvention of its own rules and regulations. For decades, developers have been expanding Italy’s cities by building wherever they liked, including on land unfit for housing, like Vesuvius.

Terzigno, a small town on the outskirts of Naples, is an unassuming emblem of these anarchical building norms. It is an idyllic commune where, on Sundays, much of the town amiably lingers in the central piazza after church, and if you ask someone for directions, he might invite you to lunch with his family. At the same time, Terzigno and its charming neighboring towns are located on the slopes of one the world’s deadliest volcanoes. It is one of the 25 full-fledged towns that comprise Vesuvius’ evacuation zone.

Unfettered urbanization now makes Vesuvius one of the most dangerous volcanoes in the world, according to Lucia Pappalardo, a volcanologist at Italy’s National Institute of Geophysics and Volcanology. She warns that a catastrophic eruption is possible and unpredictable. “Since we cannot calculate when a serious eruption would take place, the salvation of the population is only guaranteed by a preventative evacuation of the entire area at risk, which is extremely complicated because the area is densely populated and lacks adequate escape routes,” Pappalardo explains.

The Italian state consciously overlooked these obvious dangers for decades. Much of today’s population was born when building and living on this volcano were completely unrestrained. Only recently has the Italian Parliament attempted to pass laws to deal with dangerous illegal housing, but even these have been toothless. Urban growth around Vesuvius was not restricted by the state until the 1980s, when the government enacted the first in a series of housing condemnations in an official zona rossa (“red zone”).

But the condemnations came with a hazardous loophole that allowed residents to continue building new homes in the potentially deadly zone in exchange for amnesty payments to the state. Families had been living in the hazardous region long before their homes were considered illegal – and many paid to expand in their hometowns. The population of the red zone actually grew after the condemnations were passed. Despite their controversial nature, amnesty payments continued in the red zone until 2003, when the state finally eliminated the option.

Local politicians have attempted to design plans for evacuation in case of a volcanic eruption, but it remains a struggle because of the sheer size of the population, much of which is lower-income and does not have the means to relocate. In 2010, an Italian journalist investigated several evacuation routes and revealed one that referred to a nonexistent road and a mayor who had never seen his region’s plan. Luca Capasso, the mayor of Ottaviano, which is located in the red zone, explains, “Not only are many existing plans ineffective, but many municipalities in the evacuation zone have zero plan whatsoever.”

Many residents are unfamiliar with official evacuation plans and, moreover, are skeptical of their worth. Maurizio Aurichio, a 24-year-old from Terzigno, says, “I have no idea what the evacuation plan is. No one does. But I’ve lived here for so many years, [and] so far we’ve been fine. If something happens, it happens.” Another resident, Angela Russo, explains that after living in the area for 82 years, she is unprepared for evacuation. “It’s not because I don’t think about Vesuvius. In fact, I think about it often – it’s the first thing I see every morning. … I know that it is a real danger, but no one has done anything about it, and I’ve had to accept that this is where I live. I wouldn’t know how to leave.”

Today, many disenchanted residents criticize the state’s handling of the housing crisis as too little, too late. “It is like an absent father suddenly showing up later in your adult life and suddenly criticizing your unhealthy lifestyle,” says Gianni di Dio Dragonetti, an architect who was born and raised in Terzigno. “The laws are backwards. Effectively, the state made money for nearly 20 years for allowing citizens to put their lives in danger.”

What’s clear is that the residents of Vesuvius got into their present situation because the Italian government didn’t have a coherent plan for building cities and then lacked a plan for removing the cities that emerged. Now the only plan is to wait for the volcano to erupt.